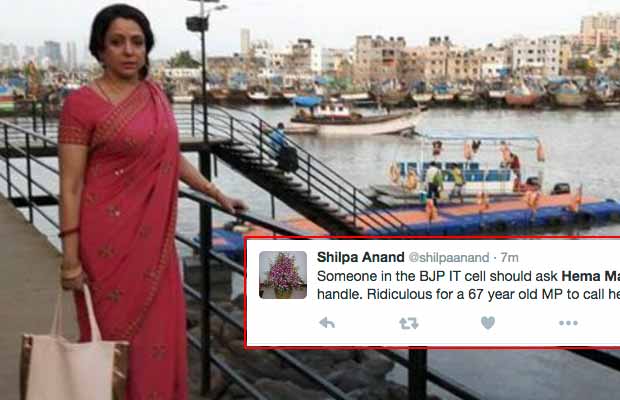 [tps_footer]Bollywood’s veteran actress and BJP MP Hema Malini is in the limelight for all the wrong reasons. While her Lok Sabha constituency Mathura remained on the edge following the death of 24 people in clashes with encroachers, actress Hema Malini was busy with the shooting and uploading pictures on twitter from her film’s shoot. While the incident took place, Hema Malini was shooting in Mumbai’s Madh Island.

In the series of her tweets, Hema Malini uploaded pictures of her and wrote how it became easy for her to reach Madh Island.  “Madh Island from mainland Mumbai by motorised boats.” “Hoping for an early release of this film,” she captioned one of the photos. Soon after she received flak on social media for being insensitive over the incident, the veteran actress deleted the tweets. And out of the blue, she suddenly started tweeting about Mathura incident and that how upset she is. 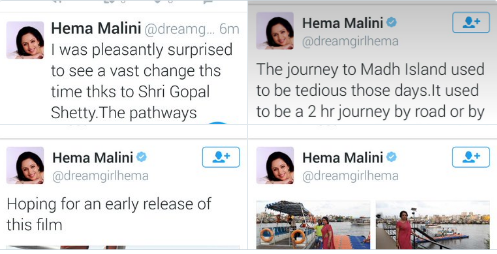 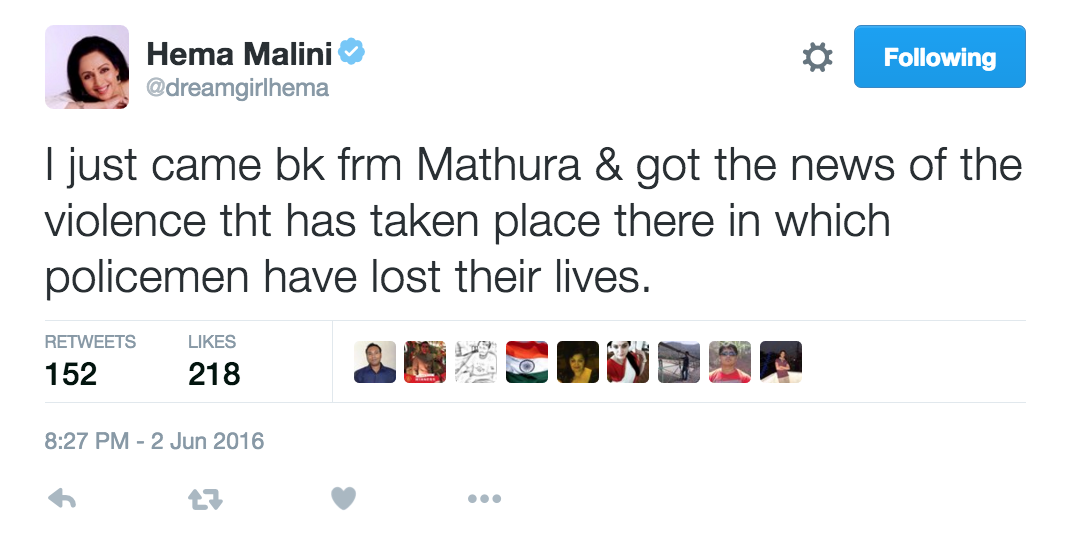 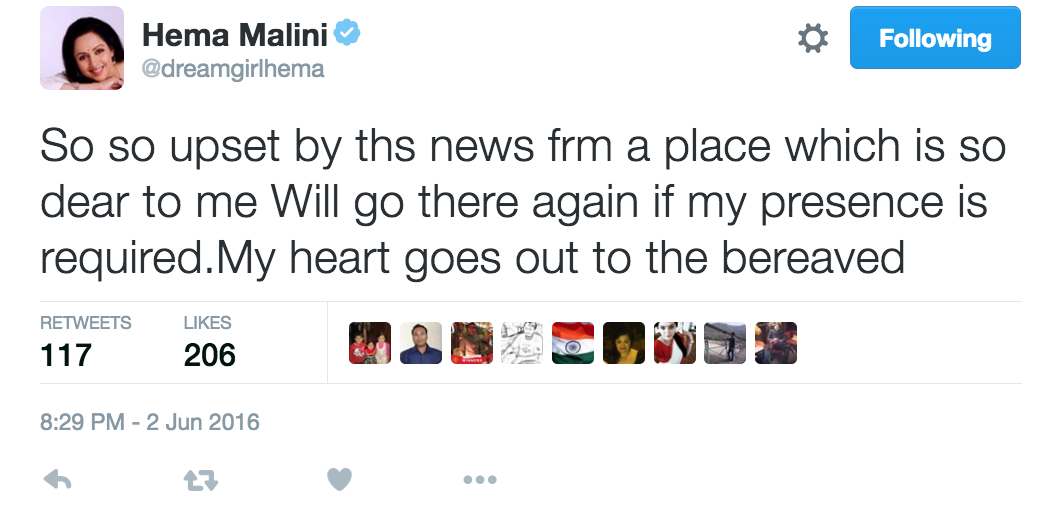 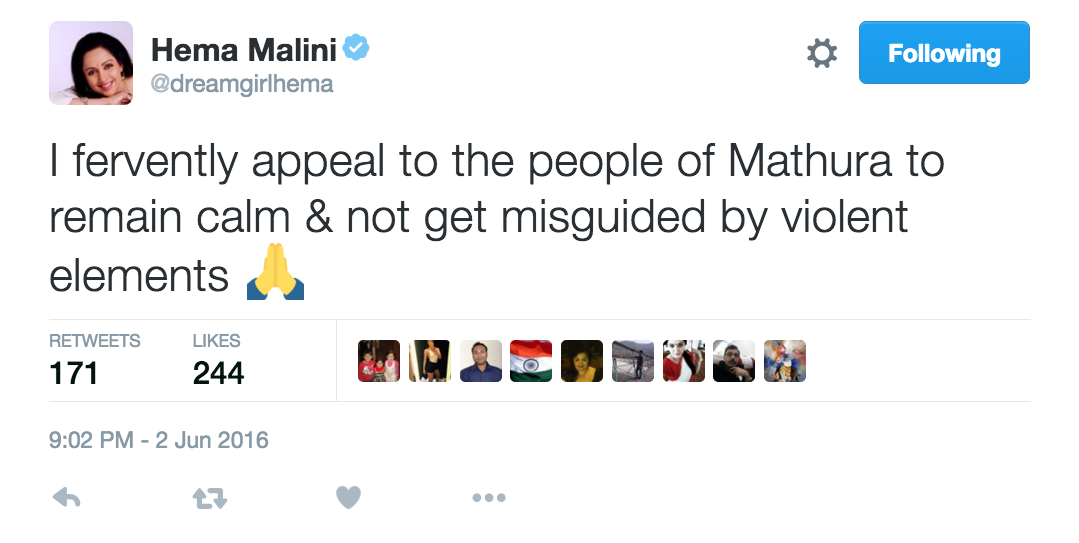 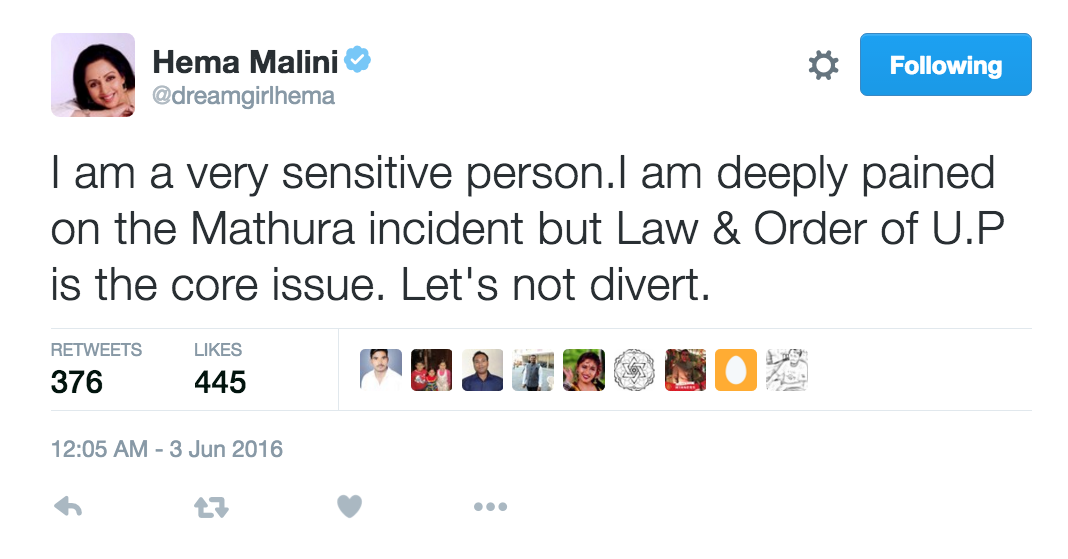 Well, the damage was already done and soon Twitteratis trolled and even lashed out at veteran actress for showing insensitive behaviour where, 24 people, including two police officers, were killed and over 40 people were injured in clashes. 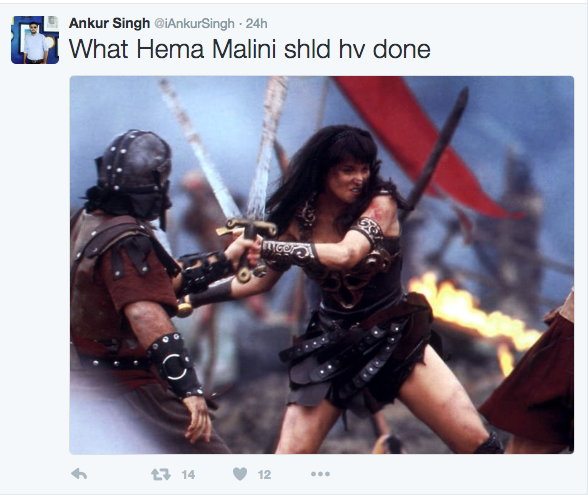