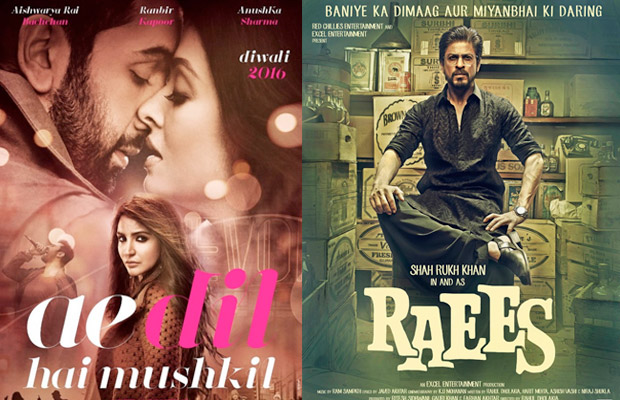 In the wake of Uri terror attack, many political parties asked Pakistani actors including Fawad khan, Mahira khan and others to leave the country or they will be pushed out. They also threatened that the shooting of the films will be stalled if they don’t leave India in the given time. Following the protest, the Indian motion picture producers’ association (IMPPA) banned Pakistani actors and technicians from working in Bollywood.

The issue has become serious by all means and the political party has also stated that Shah Rukh Khan’s film ‘Raees’ which stars Pakistani actress Mahira Khan will not have a smooth release in the nation. Additionally, ‘Ae Dil Hai Mushkil’ which stars Fawad Khan is also going to face problems.

But it seems, both the films still have hopes to get a smooth release. Reportedly, IMPPA has requested MNS spokespersons Amey Khopkar and Shalini Thackeray to allow the release of ADHM and Raees without any trouble and ban. Filmmaker and social activist Ashoke Pandit recently took to twitter to request the association for allowing Ae Dil Hai Mushkil and Raees to release.

He tweeted, “#IMPPA meets @ThakareShalini #AmeyKoppikar of MNS & made a representation to not disturb the release of completed films with #PakActors.” 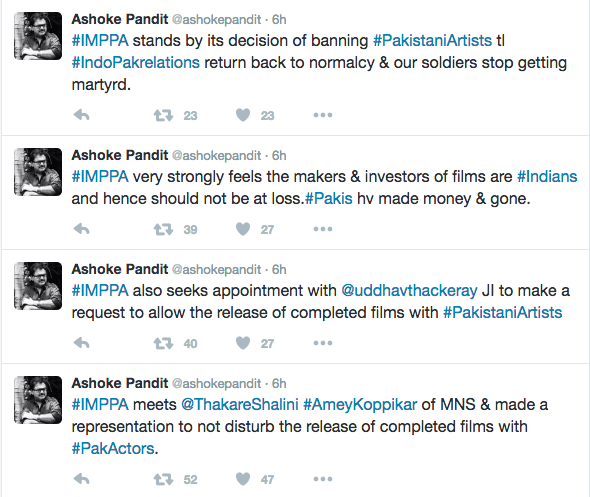