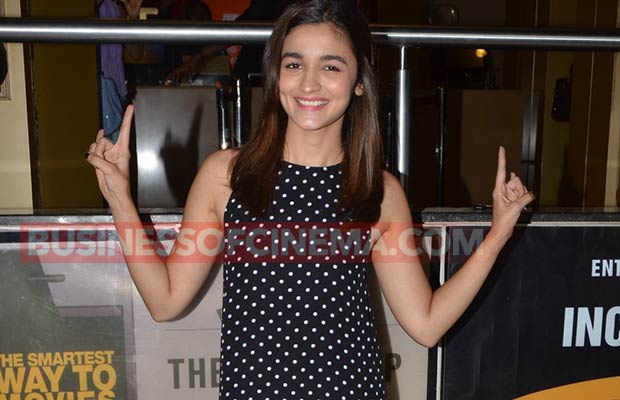 [tps_footer]Alia Bhatt is gaining laurels with each of her passing films. The young actress in a short span of time has already portrayed difficult roles. Right from ‘Highway’ to ‘Udta Punjab’, Alia is scaling high in her acting skills.  Well, the pretty starlet is equally in the limelight for her personal life. Other than her work commitments, Alia is also in the headlines for her relationship status.

All the Bollywood celebs gain limelight for their personal life. Likewise, the Udta Punjab actress was also garnering attention for the same. Alia Bhatt used to be too frank with the media earlier. The actress also opened up about her break up. The girl next door has been linked with actors Sidharth Malhotra and Varun Dhawan.

Moreover, Alia’s closeness with Sidharth is very much known. Both the talent bundles are in the news for seeing each other. Recently, Sidharth Malhotra had expressed that he wants to keep his personal life all guarded. Taking a cue from boyfriend Sid, Alia has also decided something similar.

The Kapoor & Sons actress concluded by saying that details about personal life do get shared by default sometimes but she is here to work and wants to be known for her acting and not her personal life.