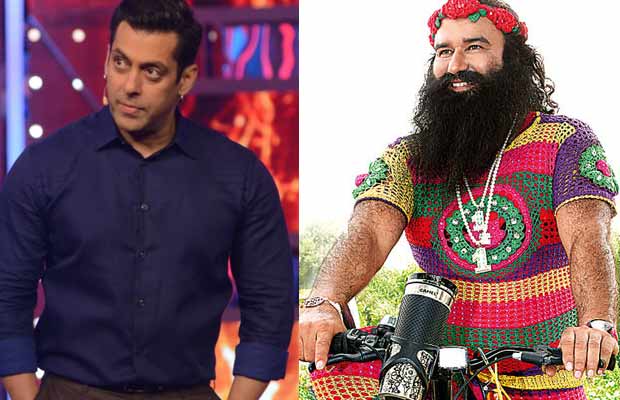 Gurmeet Ram Rahim Singh was recently convicted by the CBI for two rape cases. He has been sentenced to 20 years of imprisonment for his crimes.

The self-styled godman is also the Chief of the ‘Dera Sacha Sauda’ sect. Gurmeet Ram Rahim Singh has lakhs of followers around the country who believe he is nothing less than a god himself.

He is the singer of ‘Highway Love Charger’ and had even acted, directed and produced two films – Messenger of God and MSG2. He was also seen in ‘Jattu Engineer’.

Ram Rahim was apparently offered to join the controversial show Bigg Boss 9. But the makers failed to reach his demands thus Ram Rahim rejected the offer.

Ram Rahim Singh was very eager to join the reality show but his conditions were not met by the creators of the show. Ram Rahim had even confirmed the offer and stated, “Yes, I’ve been approached to appear on the show. But I asked them if they allow me to exit the house for 2-3 hours every day to meet my followers then I can think about it. Still, nothing is finalized”

But according to the house rules, no contestants can leave the house till eviction and only in cases of an emergency.  In the past, contestants have left the house for medical reasons or for court hearings.

The controversial reality show Bigg Boss 11 will be returning with its next season in October. The show is hosted by Bollywood actor Salman Khan.