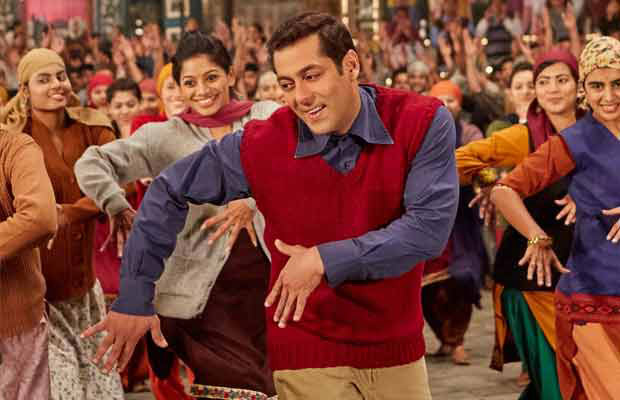 Salman Khan’s Tubelight trailer will be out soon and we can’t hold our excitement!

Salman Khan’s fans have a reason to rejoice. After the super success of its teaser, the makers are set to release the much-awaited trailer of Tubelight soon.

After months and months of waiting, Bhai fans will finally get to see the eagerly-awaited trailer soon. Director Kabir Khan recently took to Twitter to make the announcement about the release of the trailer.

The much awaited Tubelight teaser hit the channels on May 4, 2017. Leaving fans and the film industry in a complete frenzy, Salman’s new look in this drama has amassed praises and cheers galore!

Tubelight is truly breaking records all thanks to the Salman Khan fans who make such milestones appear easy!

If the teaser is anything to go by, we wonder what records the trailer might break – We can only wait and watch!

After months and months of waiting, Bhai fans will finally get to see the eagerly-awaited trailer soon. Director Kabir Khan recently took to Twitter to make the announcement that the trailer will be out on May 25.

There is another good news for all Salman Khan Fans.The film has received a ‘U’ that is, a Universal certificate which gives Salman Khan fans of all ages an all-access pass to watch the family entertainer.

Interestingly, Tubelight has earned a profit of more than Rs 100 crore even before its release. Buzz has it that all-India distribution rights of the film have already been sold for Rs 132 crore. And thanks to Chinese actor Zhu Zhu, a Chinese company has bought the theatrical rights of Tubelight in that country for Rs 75 crore.The film is set to hit the screens this Eid.