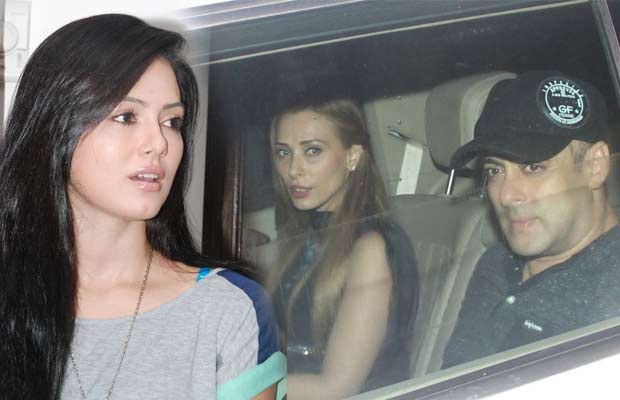 Every actor is awaiting when will superstar Salman Khan decide to marry. Well, his close friends want to see the actor soon tying a knot to his beau Iulia Vantur. But, the actor isn’t giving any assurance on when he will really tie the knot.

Recently ex-Bigg Boss contestant and Sallu’s Jai Ho co-star also spoke up on his marriage. Well, when the actress was recently asked about Salman-Iulia’s wedding, she said that is it good for Iulia. She further added Salman is an individual who is single and rocking at 50 and she doesn’t understand why people are behind his a** for getting hitched. The actor also stated that he happy where he is.

Well, it seems like not only Salman but actors associated with him are irked by questions about his marriage. Sana’s reaction was quite a shocking one. Also, she is right that Sallu’s career currently going on a brilliant track.

The beautiful actress will soon be working in films like Wajah Tum Ho and Tom, Dick and Harry 2.

On the other hand, Salman will be seen in Kabir Khan’s Tubelight. The film stars Chinese actress Zhu Zhu. The film will release next year during EID.