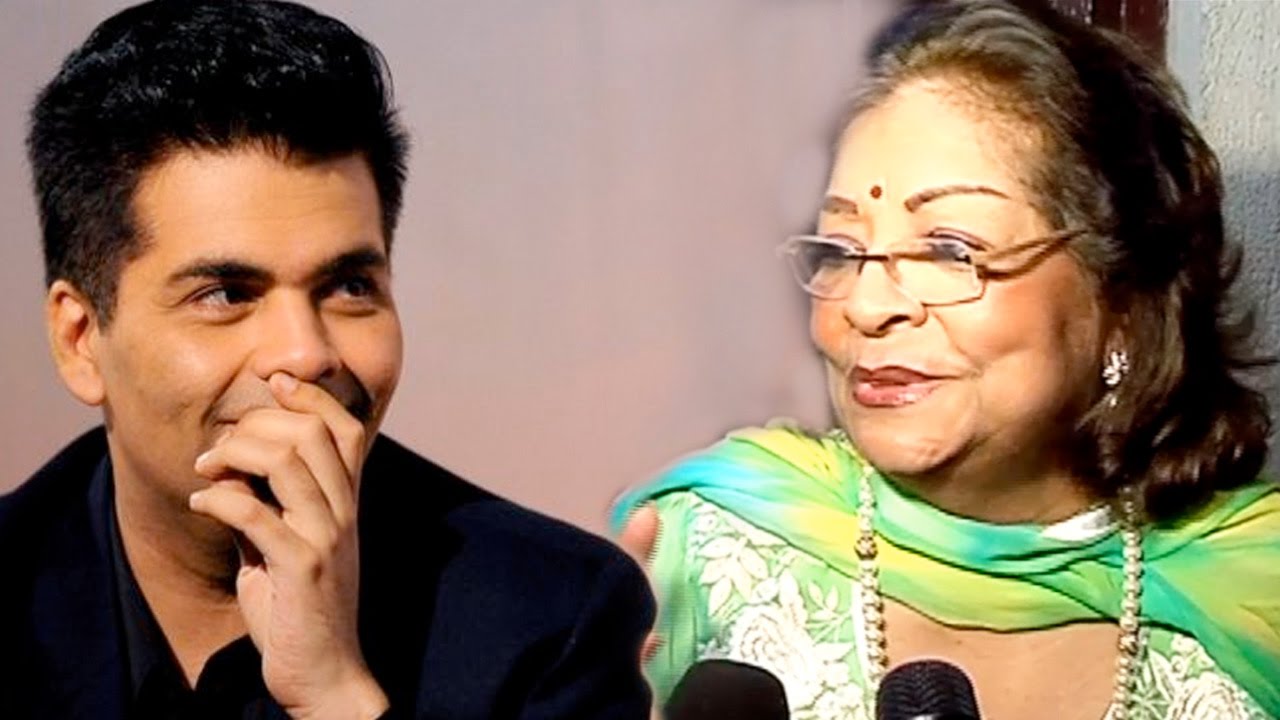 Karan Johar declared the happy news of him becoming a father of twin babies – Yash and Roohi via surrogacy. While there are some who have passed unwarranted comments on Karan’s decision to embrace parenthood, most of the celebs in B-Town shared their happiness and warm wishes for the ace director.

Also, his movie Badrinath Ki Dulhania starring Varun Dhawan and Alia Bhatt is releasing soon. A screening was held for the movie which was attended by A-listers of Bollywood. Also spotted at the screening was Karan Johar’s mother, Hiroo Johar.

It was heartening to see Hiroo Johar so happy and at loss of words because she is still coping with these little new additions to the Johar family.