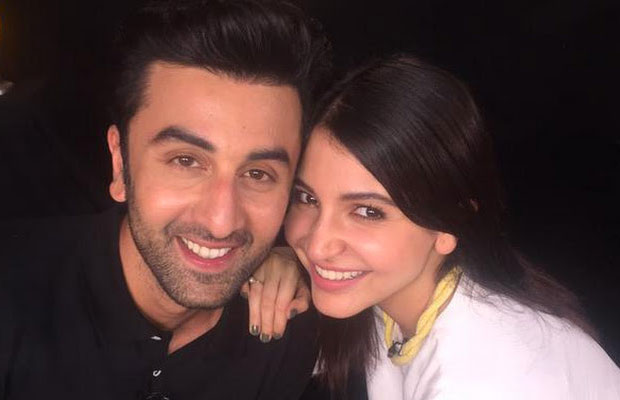 Versatile actress Anushka Sharma who is moving from strength to strength on her career ladder is currently shooting for her upcoming film ‘Ae Dil Hai Mushkil’ along with actor Ranbir Kapoor. The movie also features Aishwarya Rai Bachchan in lead role.

The three highly talented actors are not the only ones who will sizzle the screen; ‘Ae Dil Hai Mushkil’ will also have cameos from Imran Abbas and Fawad Khan. The team of the film is currently in London for the initial shooting schedule of the film. Director of the film Karan Johar was also much in news when he left the judge’s panel of the dance reality show ‘Jhalak Dikhhla Jaa Reloaded’ for shooting the film.

Well, even though the actors are working extremely hard for the film, gorgeous star Anushka Sharma seems to be in fun loving mode. The ‘PK’ actress who is always at her candid best took to the photo sharing app instagram and posted a video of a man dressed similar to Sherlock Holmes, the gentleman who was apparently a street artist then left a trail of bubbles. That’s not all; Anushka Sharma not only posted the video but also stated that the performer looked like a mix of Ranbir Kapoor and Sherlock Holmes! Anushka captioned the video saying, “Ranbir Kapoor’s & Sherlocks doppelgänger mixed into one playing with bubbles !!

Ranbir’s & Sherlocks doppelgänger mixed into one playing with bubbles !!

The movie ‘Ae Dil Hai Mushkil’ is much awaited by the audience as it will see Ranbir Kapoor, Anushka Sharma and Aishwarya Rai Bachchan  share screen space together. The film is based on the theme of love and will also feature sensuous star Sunny Leone in one of the key roles.

Directed by Karan Johar, the film is scheduled to hit the screens next year i.e. 2016.