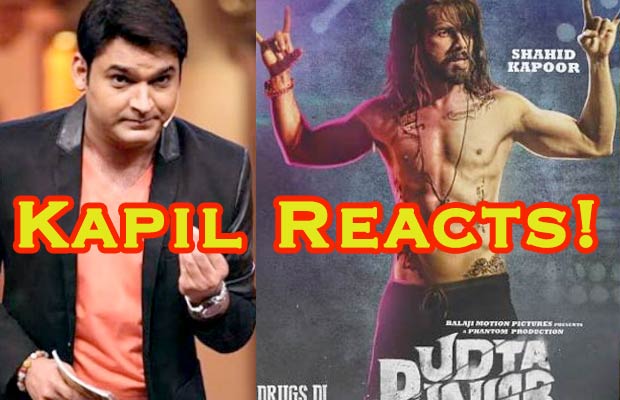 [tps_footer]Udta Punjab has created a lot of controversies much before its release. The film was initially given 40 cuts, but it has now been given 89 cuts by the Central Board of Film Certification (CBFC). This censorship has created quite a stir and Bollywood is now coming out in support of the film. And now even comedian Kapil Sharma has spoken for the film. He said that the film is portraying the truth about Punjab and it should not be banned. Kapil wrote on twitter, “Families have lost their youth to easy drugs and lack of rehabs in de state.. so can’t shut our eyes to this. Those who say that der r no drugs or illegal medicines easily available in Punjab..dont know de real pain of Punjab.”

While the makers are very disappointed and producer Anurag Kashyap ranted against this step in front of the media and on twitter. We really hope that Udta Punjab wins this battle against censorship and the film does a great business. All the fans were excited to watch Udta Punjab but after this censorship, fans too are trolling the censor board for their irrational behaviour.

What do you think, Giving 89 cuts to Udta Punjab is appropriate? Tell us in the comments below.[/tps_footer]