Ae Dil Hai Mushkil, which stars Aishwarya Rai Bachchan, Ranbir Kapoor, Anushka Sharma and Fawad Khan, is one of the much-awaited films of this month. Well, it’s time for Karan Johar to finally relax as MNS chief Raj Thackeray has removed the ban on the film and also assured that the party will not oppose the release. Also, the film has been passed by censor Board only with 5 cuts. Karan Johar can breathe a sigh of relief as Censor Board Of Film Certification (CBFC) has granted Karan’s film a UA certificate.

The censor board has reduced the limit of kissing scenes where ever needed. The lip-lock scenes have been curtailed to half the duration. Also, some of the dialogues of the film containing double meaning have been replaced.

Well, Ranbir and Aishwarya’s hot chemistry is one of the highlights of the film and now scenes being cut short might bother Karan Johar. The film is releasing on October 28 in a clash with Ajay Devgn’s Shivaay.

Check out the list of the cuts given by Censor Board 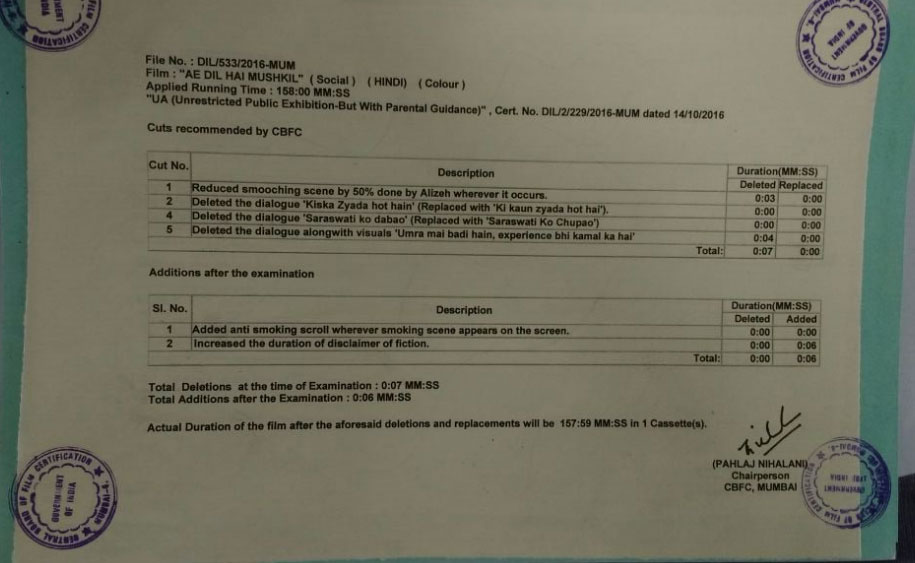 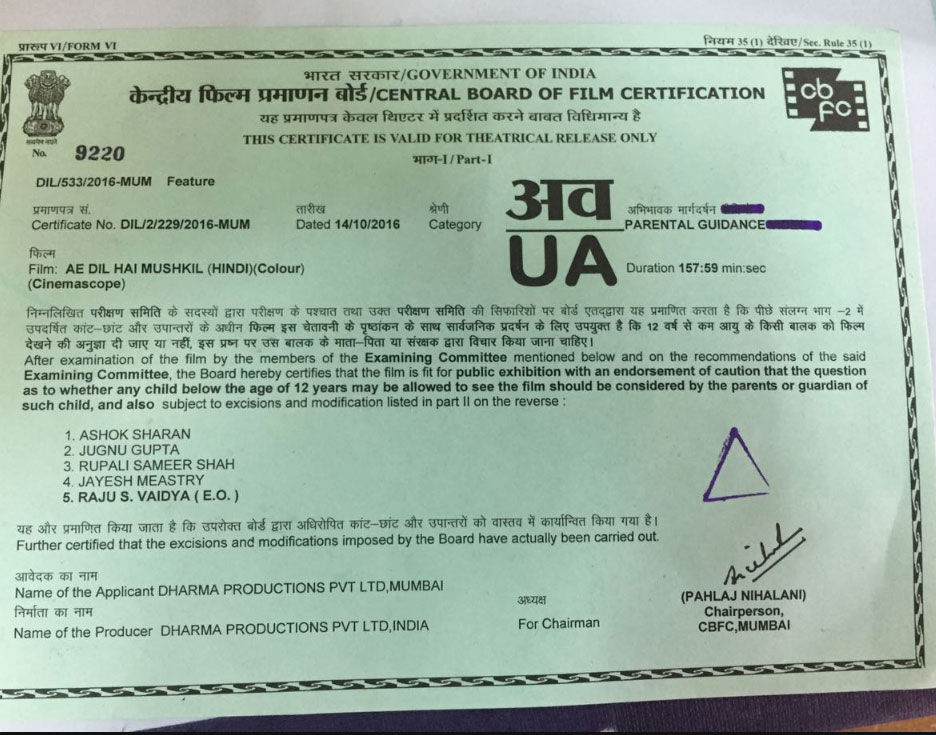