After their huge fallout, Kajol and Karan Johar finally patch up? Read to know.

It’s known to all that Karan Johar has ended his two-decade friendship with best friend Kajol and the two have parted ways. Earlier this year, Karan Johar in his autobiography mentioned that Kajol’s chapter ends for life. During the launch of his autobiography, “An Unsuitable Boy”, Karan Johar had said that his 25-year-long friendship with Kajol ended over her one-word tweet supporting husband Ajay Devgn’s allegations against him during Ae Dil Hai Mushkil Vs Shivaay release.

Karan Johar came out in the open and spoke about what went wrong in his friendship with Kajol. But Kajol had always chosen to not speak about it and make it a public issue anymore.

Karan in his new book had revealed that Kajol ‘can never come back’ to his life but that turning another way. Yes, there are hopes of reconciliation between the two. Why do we say so?

Well, yesterday on the occasion of Raksha Bandhan, Karan took to Instagram and shared a picture of his twins Yash and Roohi. The director-producer shared the first picture of his twins, leaving everyone awestruck. Amid those thousands of likes on Instagram, it was Kajol’s like as well. Yes, Kajol also sent out a heart for Karan’s twins through Instagram.

After this, Karan Johar too followed back Kajol on Instagram, which is a proof that things are turning in a positive way between the two. At least on social media. Fans are going gaga over the same and have been sharing the screenshots of them following each other on Instagram. 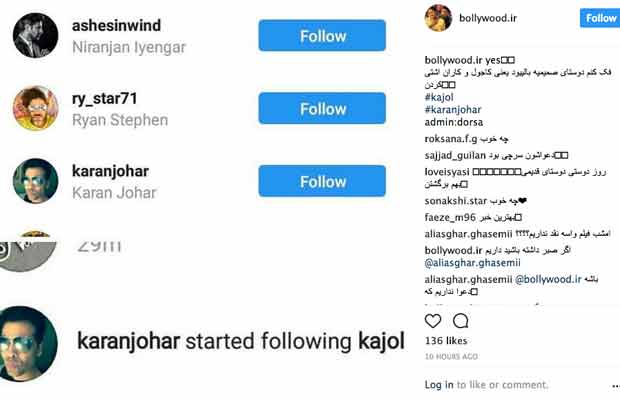 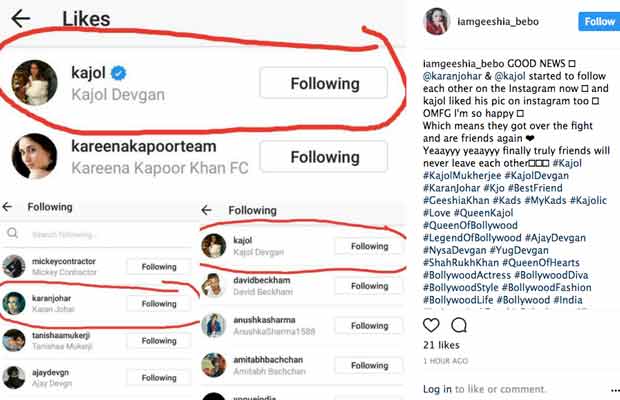 A couple of months ago, Kajol was asked if she is someone who forgives and forgets. Kajol gave a nod and replied, “Well, I think relationships are like that. Relationships are about working things out. So I do believe that if they are worth it, two people will make the effort to work through it.”