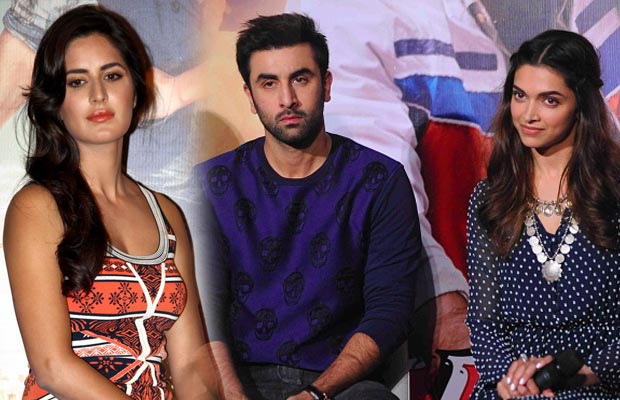 ranbir deepika katria [tps_footer]Ranbir Kapoor is obviously a ladies man. The handsome actor has always been in the limelight for his relationship errands. Well, the actor has now given some tough talks to himself when it comes to pairing up with Bollywood beauties for advertisements. Reports suggest that Ranbir will not be seen in any ad with a B-town beauty.

After going through a much public heart break, the Kapoor lad has become all the more reserved in front of the lenses. Ranbir after breaking up with Katrina Kaif has been on a mellow note when it comes to interacting with the media. The Tamasha actor has now decided something once and for all.

Reports suggest that Ranbir will not be pairing up with any Bollywood diva for any ad or endorsement. The reason for the same is that the actor feels that when two actors are clubbed for an ad the attention drifts away from the product and instead stays only on the pairing. With the same logic the handsome hunk will not be seen doing the stated.

Reports further suggest that Ranbir Kapoor has never done any ad with any tinsel town actress and is adamant on his decision. The dashing actor shared screen for an ad with Shruti Haasan which was an exception. Additionally, Ranbir Kapoor is open to doing ads with models and actresses from the other film industries, but when it comes to Bollywood it’s a No.

The actor has reportedly turned down as many as 10 advertisement offers which wanted him to share screen space with Deepika Padukone or Katrina Kaif.

On the film front, Ranbir is currently busy with Karan Johar’s ‘Ae Dil Hai Mushkil’ and is also preparing for Sanjay Dutt’s biopic.[/tps_footer]