Chocolate boy Ranbir Kapoor is already in the news for his Valentines day special! After having broken up with Katrina Kaif, who is he going on a date with?

Well! it’s none other than one of his film icons whose shoes he will be getting into for his next film. Yes! It’s Sanjay Dutt. Going to play Sanjay Dutt in his film directed by Raju Hirani, Ranbir has committed his V-day plans to Sanjay Dutt‘s biopic. If the buzz is true, then the film will flag off on February 14th. So Ranbir doesn’t have any romantic plans this year it seems. 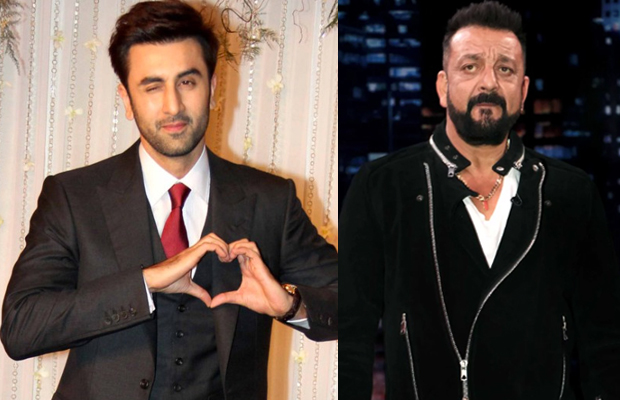 Sources suggest that the current plan for the film is to shoot sequences in Mumbai and other locations. These locations will mainly be the ones Sanjay Dutt was related to. In fact, Rajkumar Hirani had filmed Sanjay Dutt’s exit from the Yerawada Jail. He intends to use that for the biopic too.

Since a couple of days and weeks, Rajkumar Hirani and Ranbir Kapoor have started working on their pre-production work. Also, sources tell that Ranbir is spending enough time reading the script with Raju in his office. The duo along with Sanjay Dutt was also spotted at the actor’s residence where a party was thrown for Rajkumar Hirani’s birthday.

One of the sources told the media that, “Ranbir has already begun to work out and get his body in shape. He has been meticulous and extremely cautious about how he plays one of his favourite matinee idols. If everything stays as planned, we will roll on February 14.”

Well! if everything abides as per the plan, we will very soon get updates from the film and shoot and get to see Ranbir play Sanjay Dutt who has always been one of his favourites.

Ranbir Kapoor is now focusing on his future projects after the hangover from his success in Ae Dil Hai Mushkil.