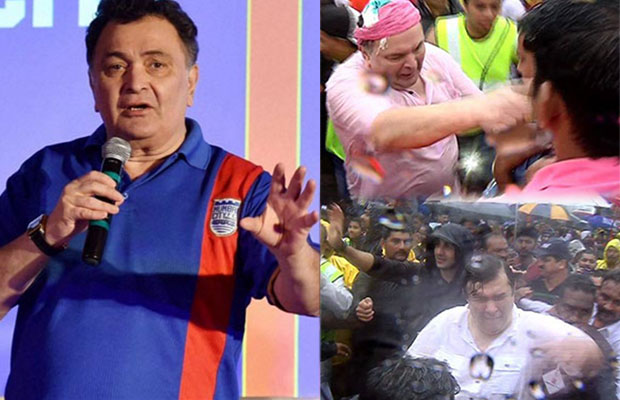 Yesterday, Ranbir Kapoor, Rishi Kapoor, and Randhir Kapoor were seen at RK Ganpati visarjan. This is the 60-year-old tradition started by Rishi’s late grandfather. Well, it wasn’t a peaceful one for Kapoors as it was raining very heavily yesterday, and they were also surrounded by their fans and the media. Soon, a video showing Kapoors lashing out at the media and fans started becoming viral. In an interview with Pinkvilla, Rishi Kapoor gave some shocking statements.