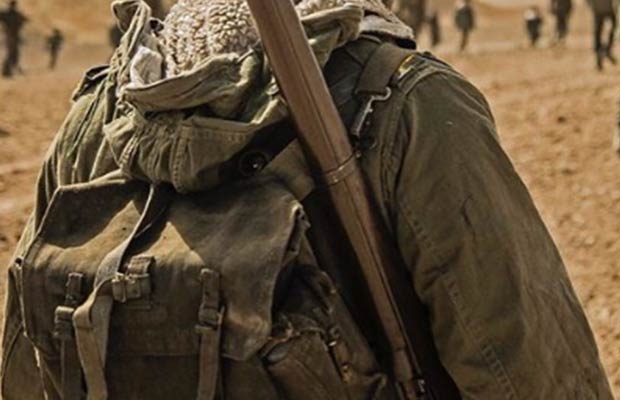 Salman Khan lately wrapped the shoot of Kabir Khan’s next Tubelight in Ladakh. Well, within few days the team is done with the shoot of their Ladakh schedule. Kabir even posted a picture of the wrap up a few hours ago. Well, the director has really made Independence Day happier for all the Sallu fans.

Kabir posted a picture on his Instagram account from a still of Tubelight. In the pic, a man is standing in an Army uniform showing his back and holding a gun. Well, the man is none other than Salman Khan. Seems like the Sultan actor is playing an army man in Tubelight. Kabir captioned the pic as, ‘Happy Independence Day from the team of #tubelight #Ladakh’.

As soon as he shared the pic, fans went berserk and loved and thanked the director in the comments.

Set in the 1962 Sino-Indian War,  Tubelight is a historical drama. It stars Chinese actress Zhu Zhu opposite Salman. Sohail Khan is also a part of the film. Well, the still looks quite captivating and made us excited for the film. Pritam will compose the songs for the film. This will be Salman’s third project together. Well, reportedly, the duo are even planning to come up with a sequel to their 2012 hit Ek Tha Tiger.

Tubelight will hit the screens in EID 2017.