A couple of days ago, in a freak accident on the sets of Sanjay Leela Bhansali’s Padmavati, a painter named Mukesh Dakia, lost his life. According to the reports, Dakia was in the midst of painting a tomb on the sets in Film City when the incident took place.

Despite working under safety measures, he fell from a height of 5 feet on his back while he was doing the final touches on the tomb and was declared dead even before reaching the hospital.

The members of the cast and crew expressed their shock at this unfortunate and rare incident. Deepika Padukone, the lead in the film, took to Twitter to express her shock and gave her condolences to the family of the deceased.

A source close to Team Padmavati further reveals how Bhansali productions has also extended a support to the deceased family.

They are providing a financial aid of INR 23 Lakhs to the deceased’s family. Confirms the source, “The unit is shaken by the unforeseen incident. In fact, the team of Bhansali Productions proactively reached out to the deceased painter’s family and compensated them to the tune of 23 lakhs. The production house gave the painter’s family, namely his mother, brother, wife and mother-in-law financial aid, as support during this challenging phase in their life. This took place in the presence of members of the Film Studios Setting and Allied Mazdoor Union and the late painter’s family. The union agreed that it was a generous compensation and thanked the production house for it. Sanjay sir believes that the loss of life cannot be ever compensated but the concern over the family’s future has at least been addressed.”

In addition to this, Ashok Dubey (Advisor at Film Studios Setting & Allied Mazdoor Union) too added, “When Sanjay Leela Bhansali heard about the unfortunate incident on the set of Padmavati, he issued a cheque of Rs 20,80,000 from his production house ‘Bhansali Productions’ for the family of the deceased and a cheque of Rs 2,20,000 issued as wages of the workers on that particular day. So we have received Rs 23 lakhs in total from Bhansali Productions.”

Padmavati, a period drama also featuring Shahid Kapoor and Ranveer Singh alongside Deepika, is slated to release on November 17, 2017. 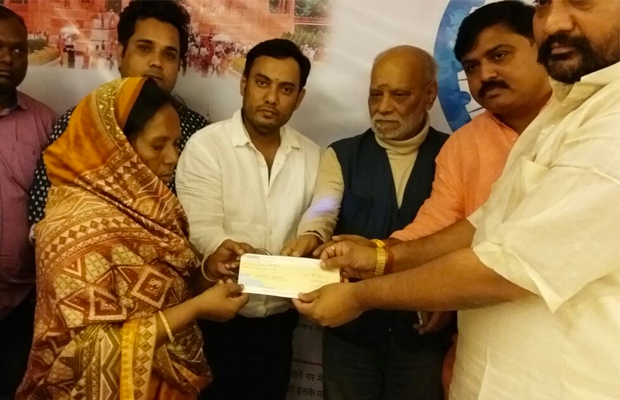 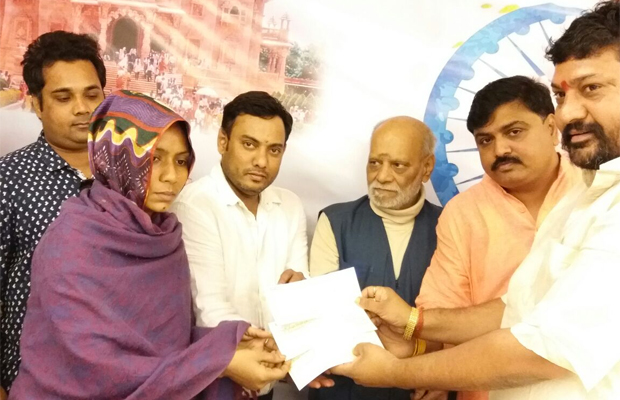