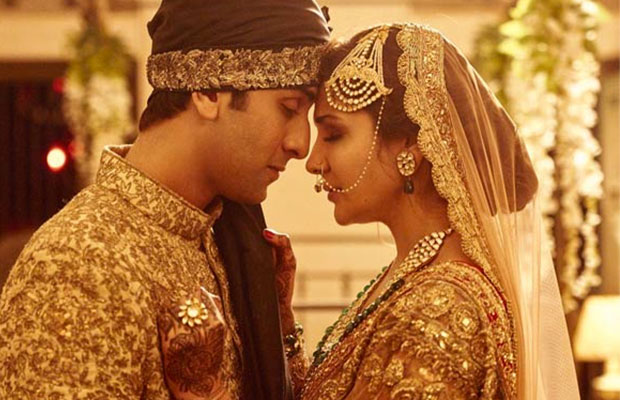 Anushka Sharma looks beautiful like never before in the trailer and songs of her upcoming film, Ae Dil Hai Mushkil. In the film, she plays the role of Alizeh and looks too pretty. The trailer and three songs of the film are out and she is simply amazing! Her chemistry with Ranbir Kapoor as well as Fawad Khan is too cute to handle. Well, last week the makers released a new song, Channa Mereya from the film. This song focuses on Anushka and Ranbir’s equation. The song is shot during her wedding sequence.

We all are gushing about how good the song is, Arijit Singh’s voice is, and how pretty Anushka looks like a bride. But, shooting for this song was quite a big task for the Sultan actress. It is because her outfit weighs 17 kgs and the jewellery added 3 more kilos. So, carrying so much of weight on the body and shooting for so many hours is really hectic. But, the lady nailed it. Kudos to Ms Sharma!

She talks more about the same in a video shared by Dharma Productions on their Twitter account.

ADHM, directed by Karan Johar, also stars Aishwarya Rai Bachchan in the lead roles. Pritam is the music composer of the film. Shah Rukh Khan has an interesting cameo in the film. ADHM will be releasing on October 28. It is clashing with Ajay Devgn’s Shivaay.

She looked like a beautiful bride but @AnushkaSharma says she didn’t feel like one! #ThrowbackThursday #AeDilKiDiwali #ADHMOct28 @karanjohar pic.twitter.com/74emHVrzgc