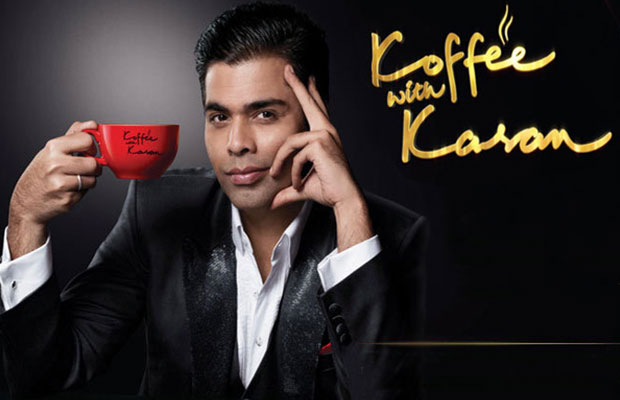 Karan Johar’s Koffee with Karan is one of the best Bollywood chat show. Celebs get candid on the show and all the pandora boxes are opened. Well, it’s been a long time season 4 went off air and fans are waiting for its fifth season. In March 2016, Karan tweeted that he will soon come up with the fifth season. Since then, we all have been waiting for the show.

Well, here’s an important news about the same. According to reports, Karan will soon start shooting for the show’s teaser. In the teaser, apparently, Karan will be questioned by customs officers at the airport over what’s hidden in his bag. Quite filmy, isn’t it? Well, we cannot wait for the teaser as well as the chat show to come on air soon. Reportedly, the teaser will be shot on August 28.

The show that started in 2004, had many huge celebs as a guest. From Amitabh Bachchan to Shah Rukh Khan, everybody opened up and revealed some interesting secrets on the show. In the fourth season, Salman Khan made his debut on the show and made some shocking revelations. Sadly, SRK wasn’t a part of Koffee with Karan 4, so we are hoping that King Khan will be a part of the fifth season. Also, fans are excited to know who will be the first guest on the show. Will it be Shah Rukh Khan, Salman Khan, or Akshay Kumar? Well, only Karan can answer us.

We are eager to know who will be the guests on Koffee with Karan this time. Our hot cup of coffee is already ready, just need some crispy gossips and fun from the celebs in the show now. Tell us in the comments whom do you want to be the first guest in Koffee with Karan Season 5?