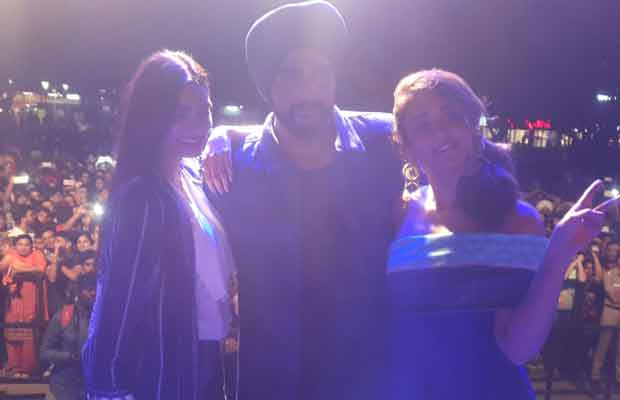 The stage was set at Sector -17 Chandigarh for Arjun, Ileana, Athiya to perform in front of a packed audience.

On Friday, Arjun Kapoor went to Delhi, as Karan to many radio stations and spoke about the latest song Jat Jaguar.

On Saturday, dressed as Charan, Arjun Kapoor along with Ileana and Athiya, unveiled the song in front of Chandigarh media. The song got an overwhelming response from the media.

In the evening, all three stars entered the market area in a convertible car and interacted with the crowd.

They all danced to all the chart buster tracks of Mubarakan with Jat Jaguar being the key highlight.

Arjun also invited people from the crowd on stage to dance with him.

The trio thanked the city for a warm welcome and they spoke about how much they loved the city while shooting here. 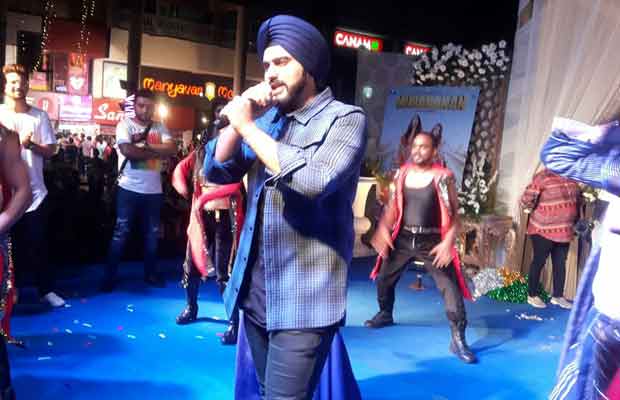