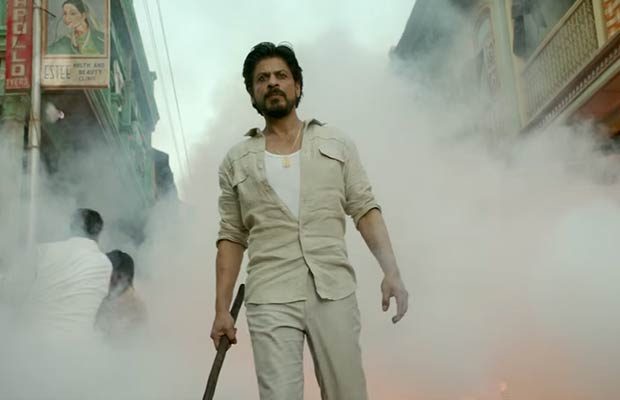 [tps_footer]Well, we all were waiting for a box office clash between Shah Rukh Khan and Salman Khan with their films Raees and Sultan, respectively. Sadly, SRK pushed forward the release date of his film. Thus, this EID only Salman’s Sultan hit the silver screen.

When King Khan postponed the Raees’ release date, his fans were extremely disappointed. They were eagerly waiting for the film and to witness this huge SRK-Sallu clash. On the other hand, anti-SRK fans made jokes that the superstar was afraid of losing the battle to Sultan. It was speculated that due to the failure of his two films Dilwale and FAN, Shah Rukh took this decision. Well, according to reports there’s some other reason that made the DDLJ actor to not release the film in 2016.

According to sources, Shah Rukh Khan suffered an injury while shooting for Raees. Also, the film was not shot completely, and his injury took a time to recover. The makers then decided that rather than just completing the shoot to release the film on the assigned that, it’s better to postpone it. They didn’t rush to complete the shoot until SRK completely recuperated.

The first teaser of Raees came out in 2015 and looks promising. Fans are eagerly waiting for a trailer or at least second teaser of the film. Reportedly, the trailer will be out in November. Raees is supposedly clashing with Hrithik Roshan’s Kaabil in 2017. Both the films are releasing on January 26 next year. Well, looks like Raees is destined to clash with one or the other films. Raees also stars Nawazuddin Siddiqui and Mahira Khan in vital roles.