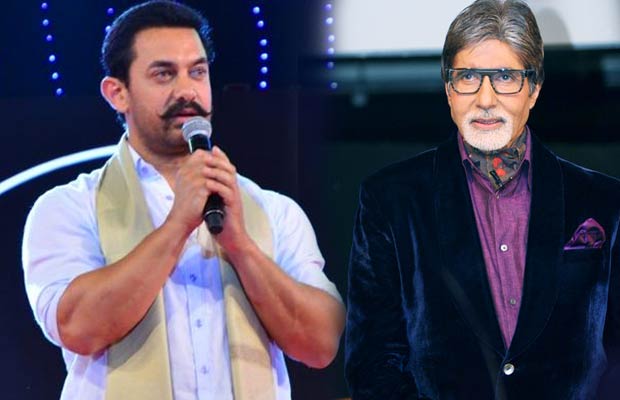 [tps_footer]A few days ago, we told you that Aamir Khan and Amitabh Bachchan might soon share the screen space. Reportedly, the duo will be seen together in the film Thug. This will be the first time Aamir-Amitabh will work in a movie together. Since then, we all have been waiting for Aamir’s reaction on working with the megastar.

Well, Aamir has finally spoken about working with the Deewar actor. Mr Perfectionist said that it is too early to say anything about the film. He also mentioned that it is his dream to work with Senior Bachchan.

While talking about Mr Bachchan, the Dangal actor stated that he is a fan of the megastar and grew up watching his films. He further added that he loves and respects him and his work and has also learnt a lot from him. While talking about Thug and them working together he didn’t reveal anything. He added we will get to know about it soon.

Director Vijay Krishna Acharya will be directing the film. Aamir already worked with him in 2013 blockbuster Dhoom 3. Initially, Hrithik Roshan was given the film. After his refusal, Aamir got an opportunity to be a part of it.

On the other hand, Aamir is prepping for his next release Dangal. In Dangal, he is playing a wrestler. Television diva Sakshi Tanwar will be seen as Aamir’s wife in the film. Dangal’s poster was out a few days ago and it looks scintillating. Directed by Nitesh Tiwari, Dangal will release on December 23, this year.