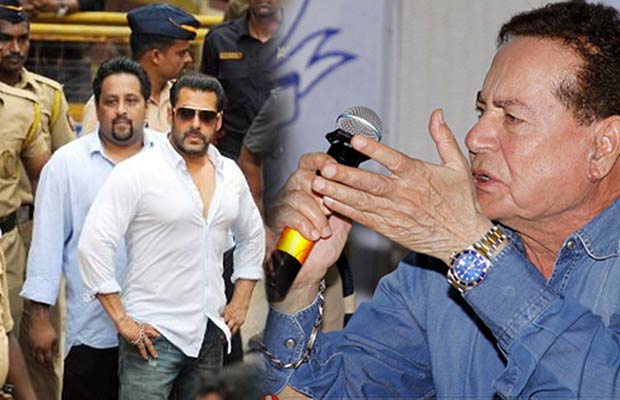 [tps_footer]It was another sigh of relief for Salman Khan and his family as the actor was acquitted on Monday in the Blackbuck and Chinkara Poaching Case of the year 1998. The high court yesterday in its decision stated that there was no evidence proved that the animals who were found dead were shot by Salman Khan’s licensed gun.  The actor was accused of hunting and killing the endangered deer while shooting his film Hum Saath Saath Hain in Rajasthan in 1998. His co-stars, Saif Ali Khan, Tabu, Sonali Bendre and Neelam, were also charged with inciting the actor to hunt.

Not only for Salman Khan, it was a happy phase for the entire Khan family. When a leading daily asked Salman’s father Salim Khan about the verdict, he reacted saying that it was a huge relief for the family and that he had total faith in the judiciary. He also added saying that right verdict has come out. The veteran actor was very much sure that his son would come as a clean chit.

Salman’s sister Arpita Khan Sharma also took to twitter to express the happiness over the same. She tweeted, “Thank You God for always showering us with your grace & blessings. Today is a big day for us” 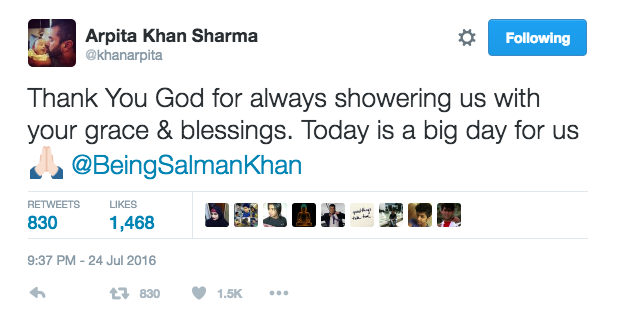 The Sultan star also took to his twitter handle to thank everyone for their support. While some supported the actor, some took to twitter and slammed the law of the country over the unfair decision by the court.