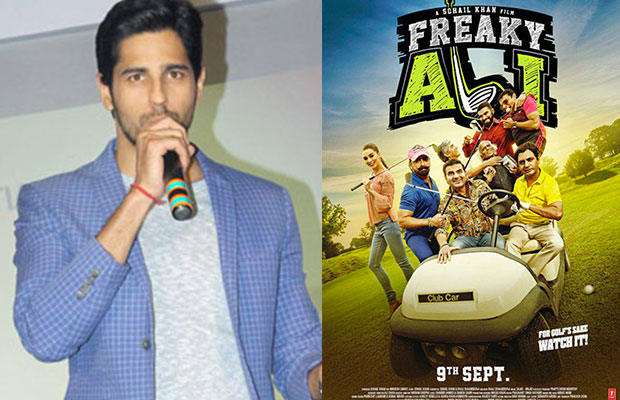 [tps_footer]The trailer of Sidharth Malhotra and Katrina Kaif starrer Baar Baar Dekho looks quite promising. Also, fans were happy to such a fresh and unique concept shown in the trailer. The songs in the film are also melodious and Kala Chashma is top on the chartbusters.

Well, BBD is going to clash with Sohail Khan’s Freaky Ali. Freaky Ali trailer also looks quite hilarious. Nawazuddin Siddiqui is playing a lead role in the film. The film deals with the game of golf.  Well, both the trailers are interesting. Both these films are going to release on September 9. Thus, there’s again going to be a huge clash just like Rustom and Mohenjo Daro.

Well, recently, Sid was asked about his film clashing with Freaky Ali. The Ek Villian actor seemed quite cool about the clash. On clash, he quoted that what is meant by clash? They are two films releasing on one day. Seems like Sid is confident about his film. Well, even Salman Khan had a sort of the same opinion. He said that they are two different films and if people want, they can make it a clash.

Well, it would be interesting to see the clash between two such exceptional films. Baar Baar Dekho is a beautiful time travel romantic film. The trailer looks refreshing and Sid-Kat looks quite good together. This will be director Nitya Mehra’s first Bollywood film. Whereas, Sohail Khan’s Freaky Ali will be his sixth film as a director.[/tps_footer]