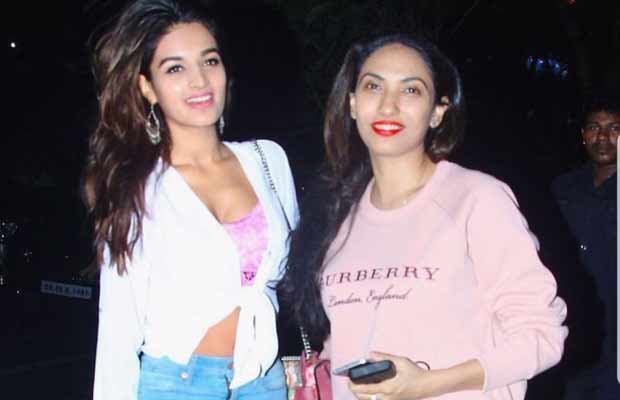 Nidhhi Agerwal and the producer of her upcoming film Prerna Arora from KriArj Entertainment have one common factor that both the ladies have no Bollywood connection.

Prerna Arora too is not an industry insider, probably that is the reason that the producer is very happy to have Niddhi Agerwal on board for their upcoming next.

Talking about Niddhi Agerwal Prerna Arora said, “Nidhhi and I, both, are not from the industry. After I watched her first film (Munna Michael), I knew she had potential. She is very passionate, talented and extremely hard working. Her sincerity towards her work made me want to work with her. We both have the same vision and wish to do quality films. I can’t wait to work with Nidhhi as I feel we will make a good team”.

The upcoming collaboration of the two will be directed by Shree Narayan Singh who directed ‘Toilet: Ek Prem Katha’.  Since its too early to divulge details about the project, the character attributes of Nidhhi’s role are kept under wraps.

One of the youngest actresses in the industry, Nidhhi Agerwal has earned quite a fanbase in a short span of time gaining 1 million followers on Instagram. Her song Ding Dang girl has also been one of the most popular songs amongst audiences!