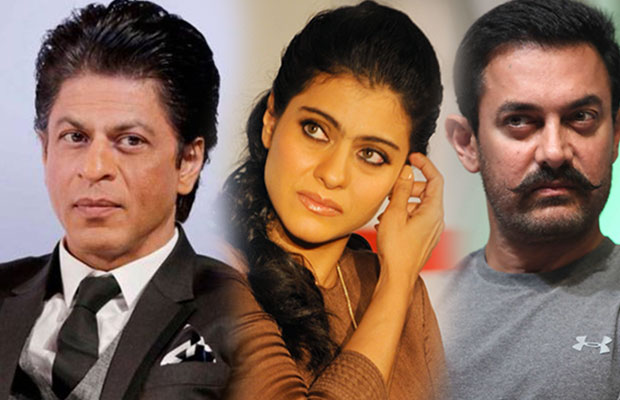 We all love to see Shah Rukh Khan and Kajol romancing together in the film. SRK-Kajol is one of the best onscreen pairs of Bollywood. We also know they are great buddies in the industry. Well, looks like it was not how it started initially. Well, apparently, SRK was not fond of Kajol when first started working with her. He also warned Aamir Khan about the same.

According to reports, the King Khan while recalling his initial days said, “When I was working with her (Kajol) in Baazigar, Aamir asked me about her as he wanted to work with her. I left him a message saying, ‘She is very bad, no focus, you will not be able to work with her’. And then I saw the rushes in the evening. I kept calling Aamir to clarify. I told him, ‘I don’t know what it is but she is magical on the screen’”.

When the actress was asked about it, she stated,“I remember Shah Rukh and other actors had a huge hangover when they came on the sets and I was jabbering away in Marathi to his make-up guy. They were like ‘what is that voice. It is going to split open our heads’. He was very grumpy but I kept chatting and finally he said, ‘Will you please shut up… chup ho jao’. I think that’s how we became friends.”

Well, can we believe they looked so adorable in Baazigar even after this first impression they had about each other? Although they had a bitter start, they are amazing actors and friends. Shah Rukh Khan and Kajol have acted in six films together. Their iconic romantic drama Dilwale Dulhaniya Le Jayenge is still running at Maratha Mandir even after 20 years of its release. They were last seen together in Dilwale. The filmed failed at the box office, but SRK-Kajol rocked the screen with their striking chemistry!