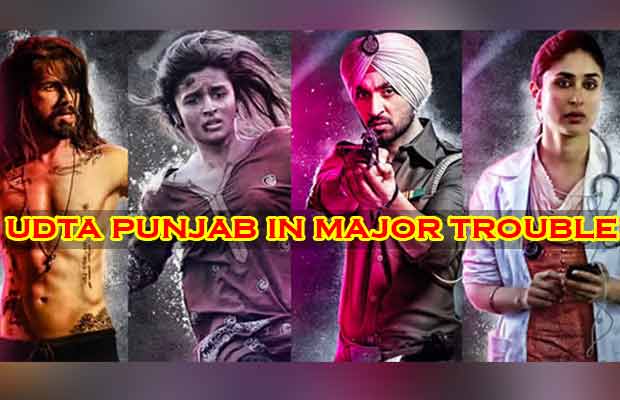 [tps_footer]Shahid Kapoor and Alia Bhatt starrer Udta Punjab, which is based on the issue of drug abuse crisis in Punjab, is much in hype ever since the trailer of the film was released earlier this month. The casting and the intense storyline of the film have been a talking point among the audiences and media. In fact, merely in 48 hours of film’s trailer release, it had nearly garnered 4 million views. Well, but the film is in major trouble now because of “excessive swearing”.

Reportedly, the Censor Board of Film Certification (CBFC) has refused certification to the film over the use of abusive dialogues and drug consumption. The decision of CBFC is taken due to political reasons in the state that will hold elections next year. In fact, the decision of the Censor Board has come a week after Punjab’s ruling Shiromani Akali Dal (SAD) had expressed the reservation over the portrayal of Punjabis in the film.

According to media reports, CBFC is refusing to comment when asked if the certification process had anything to do with drug abuse. Director Anurag Kashyap, who is one of the producers of the film, has reportedly decided to approach the ministry of information and broadcasting for a resolution.

Udta Punjab is a film based on the lives of 4 individuals played by Shahid Kapoor, Alia Bhatt,Kareena Kapoor Khan and Diljit Dosanjh who are impacted by the drug abuse faced in the connecting state of Punjab. Produced by Balaji Motion Pictures and Phantom Productions, Udta Punjab is directed by Abhishek Chaubey and is scheduled to release on June 17, 2016.

Well, it remains to see what step the makers of the film will take and that if the release of the film affects due to political reasons.[/tps_footer]