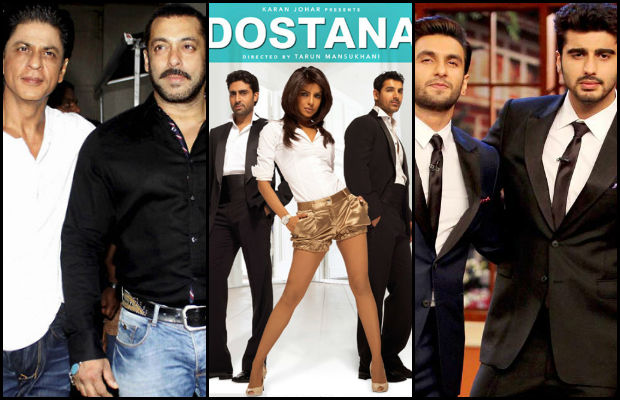 Well, we all have been waiting for the sequel of 2008 superhit film Dostana. It was a different and hilarious film. Directed by Tarun Mansukhani and produced by Karan Johar, the film starred John Abraham, Abhishek Bachchan, and Priyanka Chopra in titular roles. Dostana was about John–Abhishek pretending to be gay to get an apartment to live. Well, their chemistry amused the audiences’ who are since then waiting for the sequel to the film.

Karan Johar reportedly said that he would come up with Dostana 2 only if he gets a proper script, which will be better than the first one. Also, if John and Abhishek will be seen in the sequel is still a question mark. Well, we have listed down some Bollywood actors we want Karan Johan to pair in Dostana 2: