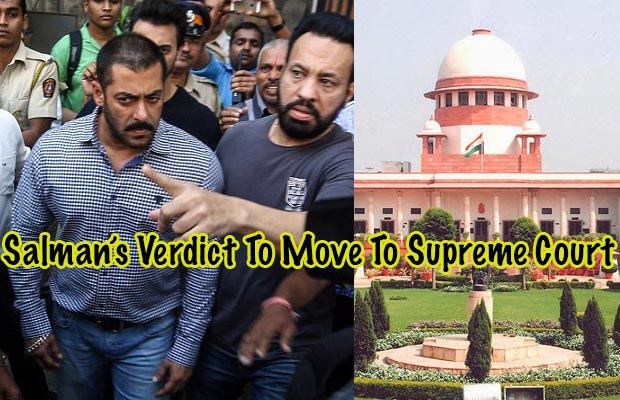 [tps_footer]Bollywood actor Salman Khan was breathing the air of freedom after Bombay High Court announced 2002 hit and run case verdict in the actor’s favour. But it seems problems for the actor don’t end there.

With the latest updates on the same, the Maharashtra government will approach the Supreme Court against the acquittal of actor Salman Khan in 2002 hit and run case. Reportedly, the government will move a Special Leave Petition to file the appeal against the actor’s acquittal for the five-year sentence. The prosecution in the case is understood to have recommended that an appeal be filed in the Supreme Court.

Salman Khan’s car had met with accident in suburban Bandra on September 28, 2002, killing one person and injuring four. 13 years after the trial began, Salman Khan’s 2002 hit and run case came to end on May 6 where session court found him guilty and sentenced him for five years jail, convicted under all charges.

6 months after the trial court, pronounced him guilty on December 10, the Bombay High Court acquitted the 49-year-old star of all the charges in the 2002 hit-and-run case. The court had stated that the prosecution failed to establish any evidence against Salman Khan and that the actor was driving under the influence of alcohol.

On the basis of the evidence submitted by the prosecution, Salman Khan cannot be convicted, said judge while dictating final verdict on December 10. The court also questioned the credibility of the key prosecution witness of Salman Khan’s bodyguard Ravindra Patil who had said that the actor was driving drunk and had ignored his warnings. The Bombay High Court said, it was only Ravindra Patil who said it and that the case cannot be reliable only on it.[/tps_footer]