Bollywood actor Shah Rukh Khan is not only a superstar but also a super dad. The actor makes surely to spend time with his children despite a hectic schedule. Shah Rukh Khan, who is riding high with success over his latest film Dear Zindagi, made sure to spend his quality time with elder son Aryan on Thanks Giving day. The doting dad made sure to have a good day with his son Aryan as he is studying abroad, hardly gets time with the superstar.

Shah Rukh Khan and Aryan Khan had a father-son time together on Thanks Giving day. SRK took to twitter to share an amazing picture of them with a beautiful caption that reads, “Thanks to Thanksgiving got to spend a lil time with my lil one. 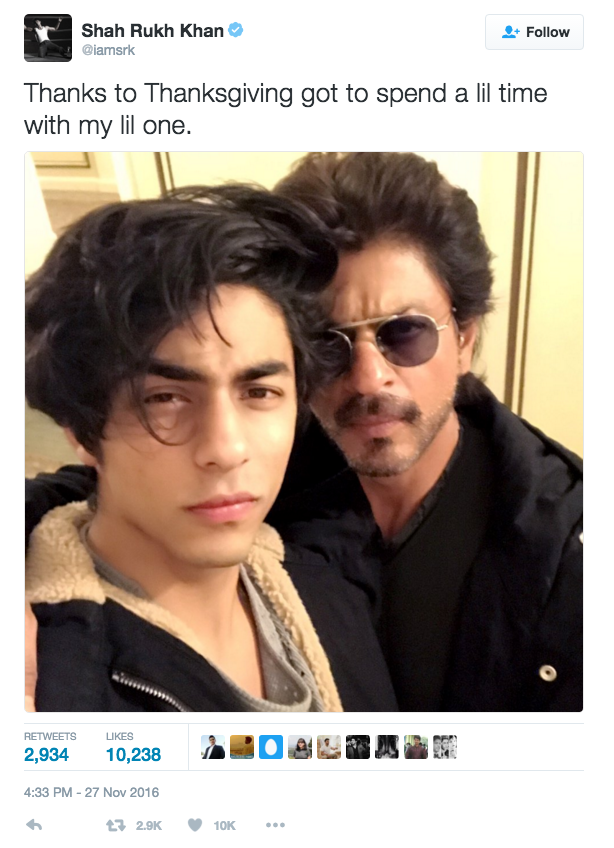 Must say, Aryan Khan is slowly growing up like his superstar father Shah Rukh Khan and he has turned out to be a stunner in this picture. Don’t you think so?  Like father, like son, aren’t they?