Charles Neves Rao who is a visually-impaired photographer had got a got an opportunity to capture Hrithik Roshan in his camera.

The visually impaired photographer also calls Hrithik  “an elder brother” and is an ardent admirer of him and has seen his films multiple times and loves his dancing skills. 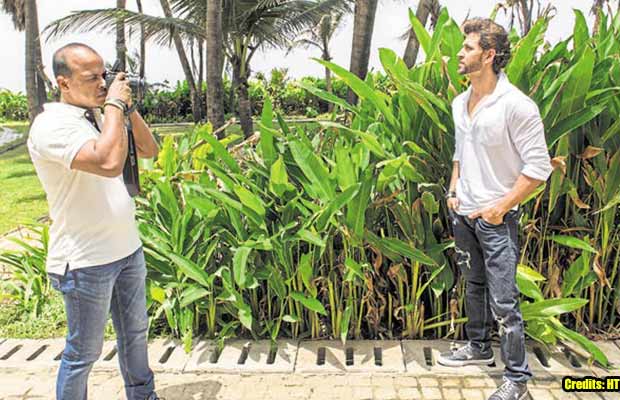 Hrithik Roshan was very happy with the photo shoot and the entire experience. The actor also felt that shooting with Charles had its own uniqueness and what has been captured by him is very distinctive.

Hrithik has always been ahead when it comes to asking for good facilities for differently abled people in public places.

The actor has himself played the role of a visually impaired person in his last film ‘Kaabil’. Hrithik Roshan has a fondness for photography. He likes to capture his experiences in pictures. So whenever he travels or goes on vacation or even tries out an adventure he captures whatever interests him.

If not an actor, Hrithik would have either become a photographer or have done something related to the same.

Hrithik Roshan also applauds the spirits of individuals like Charles as they continue to inspire others including himself on how to turn weaknesses into strengths.