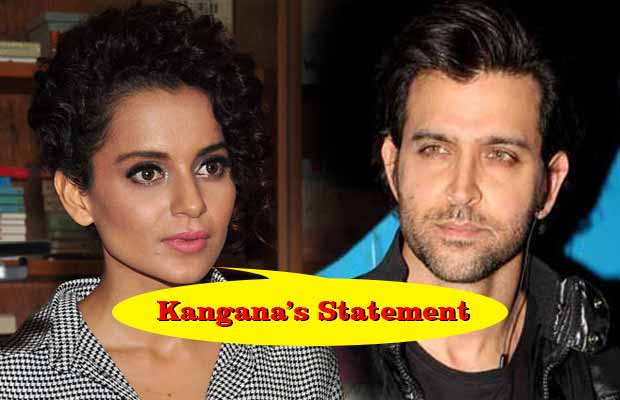 Finally, the actress has recorded her statement. Well, the task was not hassled free as it seems. Reports suggested that Kangana Ranaut refused to share her laptop and smartphone for the purpose of investigation. The reports hinted that Kangana did not co-operate with the authorities which were a hindrance in the investigation.

However, Kangana’s lawyer Rizwan Siddique has maintained that his client has co-operated with the officials and laptop and smartphone were not even asked for. The lawyer also spoke about the angle of the imposter involved in the emails saying that Kangana is fully convinced of the fact that there was no imposter involved in the conversation and that it was Hrithik Roshan who was interacting with her all this while.

Kangana’s lawyer has again brought up the stance wherein Hrithik did not act on when Kangana’s sister Rangoli complained of the emails way back in 2014. The lawyer has urged that many things will unfold in the coming times.

Coming to Hrithik Roshan’s legal team the lawyers have stated that they are happy that everything is now going as per the procedures.

Hrithik and Kangana’s battle has taken a very sensitive turn now; the case has become all the more complicated than before![/tps_footer]