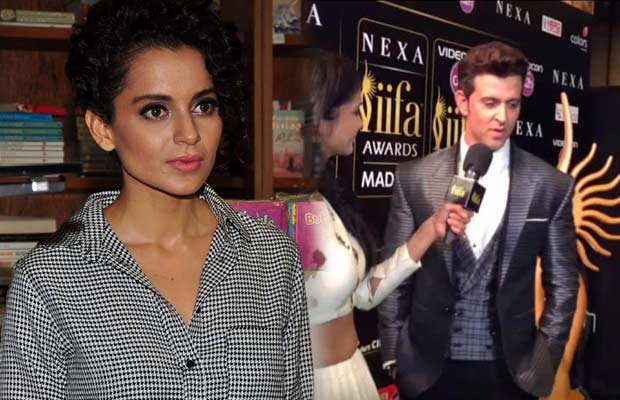 [tps_footer]Hrithik Roshan and Kangana Ranaut‘s controversy is known to everyone. Their alleged relationship came into the picture when the Queen actress called Hrithik as her silly ex. After that, both went haywire over each other and started claiming things at each other.

Kangana on one end cleared that she is not a teenager and won’t be sorry for whatever she said. Whereas Hrithik chose to maintain silence over this whole issue.

While we thought that everything is placed for now and both of them have moved on in their lives but no there is an another tale to this story.

We really hope that truth comes out soon and both these actors move on in their life.