It’s been a while since we have seen our Dance God, Hrithik Roshan showing off his moves on the dance floor. The wait is now over with Duggu doing what he does the best. That’s right, Rakesh Roshan’s Kaabil will mark Hrithik’s much awaited dance number, Mon Amour along with co-star Yami Gautam. The lead pair essays the role of a visually impaired couple and takes to the dance floor with suave moves and sizzling chemistry.

After Urvashi Rautela burning the dance floor in Kaabil’s hot party track – Haseeno Ka Deewana and Hrithik & Yami in the romantic track Kaabil Hoon, a dance number by Hrithik Roshan is exactly what the doctor called for!

“In Mon Amour the whole dance is driven by Hrithik himself in terms of physically doing the steps. For example, if he wants Yami’s legs to move, then he will tap her feet with his, or if he wants her hands to move, then he will guide her with his hand. This made her get the clue of the next step.The entire dance was a deliberate dance, in the sense that since the characters were visually impaired, we had to make one of them lead the way for the other since they could not see each other and follow. They rehearsed for many days and I needed to prep myself in order to make sure the steps followed on the right beat. Inspite of being the best dancer there is, Hrithik had to be a bit advanced in his movements and had to perform each step, a fraction of a second earlier than Yami so she would then follow as per the act we decided. The dance of Mon Amour is absolutely unique because Hrithik had to manage to make each and every move barely a millisecond prior to Yami which is a momentous task because dancers always follow as per the beats of the song rather than anything else.”, says Ahmed Khan, the choreographer of Mon Amour.

Composed by Rajesh Roshan and penned by Manoj Muntashir, Mon Amour is sung by Vishal Dadlani and released today. 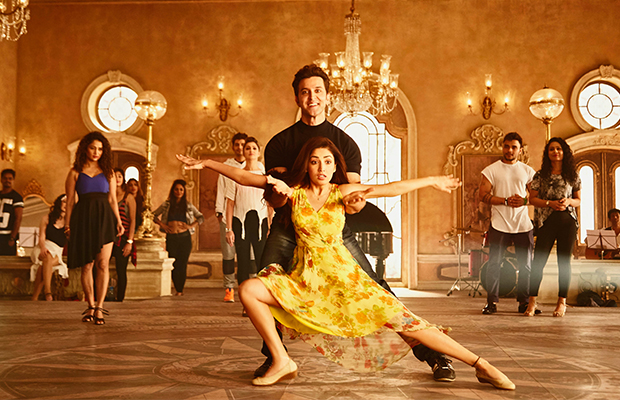