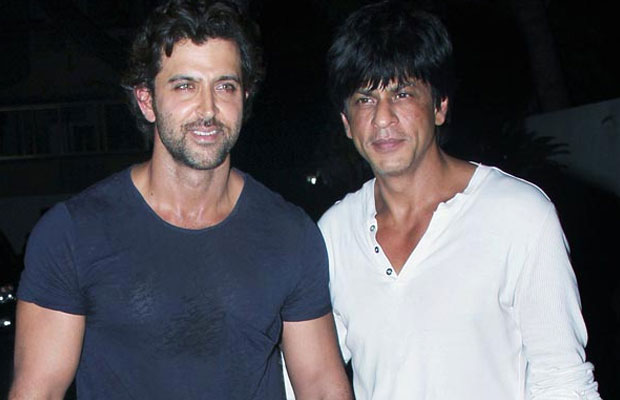 A lot has been talked about Hrithik Roshan’s Kaabil clashing with Shah Rukh Khan starrer Raees. Well, it’s quite weird as to avoid clashing with Sultan, SRK pushed Raees‘ release date forward. But, when the new date came out, turns out that it will clash Hrithik’s Kaabil.

SRK is a huge star and his Raees is the much-awaited film. The film that was supposed to release on Eid 2016 looks quite enthralling and fans are eager to watch it now. Also, the teaser that was out in 2015 looks quite promising. Also, Raees looks like a film that will deliver another hattrick for SRK at the box office. He is playing an anti-hero MiyanBhai in the film. Not to forget, SRK in a negative avatar always works. Hence, we can say that Hrithik is taking a risk by clashing with SRK at the box office.

If he avoids a clash, the audiences’ attention will go completely on his film. Like Mohenjo, the film won’t suffer or go through various comparisons. Also, many film stars promoted Akshay’s Rustom whereas hardly a handful of them promoted Mohenjo. So, it would help Hrithik in a huge way to get back on the top list if he avoids the clash.

However, the makers of Kaabil are quite rigid on not pushing the release date ahead. Well, only time will tell what will be the fate of both the films. Raees and Kaabil are releasing next year on January 26.