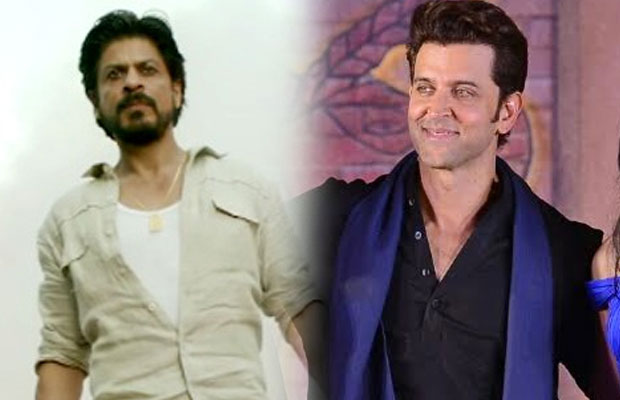 After shifting the release date of his film from this year Eid to avoid the clash with Salman Khan’s Sultan, Shah Rukh Khan decided to release his next much-talked film Raees to next year. The superstar has planned to shift his film Raees‘ release date to 2017 but coincidently, Hrithik Roshan’s home production film Kaabil is also releasing at the same time.

At the promotional event of Mohenjo Daro today, Hrithik was asked about his film’s clash with Shah Rukh Khan’s Raees at the Box Office.

Well, the actor had a smart reply and chose to play safe instead coming to the conclusion. He said, “I and Shah Rukh Khan have decided to leave it on the producers.”

Recently, the Fan actor told the media, “We have spoken to Hrithik and also Ritesh Sidhwani and Farhan Akhtar (producers of Raees). That was a month ago, but I guess now we can do some adjustments. Rakeshji (Kaabil producer Rakesh Roshan) and Ritesh and Farhan will be meeting again. We are trying to figure things out, so we don’t have a clash.”

“I think a big film should release in 3,500-4,000 theatres. When two big films release, we don’t get the magnitude of theatrical release we want. Till the time we don’t have 8,000-10,000 theatres, no two big films can come. Raees is nearly ready, we are only left to shoot that last shot,” SRK added.

The release date of ‘Raees’ and ‘Kaabil’  are same and the films were going to battle out at the box office. Though it is interesting to see big movies clashing on the box office, it is surely not very fruitful for the business.