Ileana D’Cruz, started out her career in Bollywood portraying a character of simple girl next door in Anurag Basu‘s ‘Barfi!’, surprised everyone recently when she shared her most sensual and beautiful photos clicked by her Australian photographer boyfriend Andrew Kneebone.

The model-turned-actress would have never though that when she would speak about being harassed and eve teased in public, that she would have to be a social media victim and be trolled!

An article written by a woman who was being blackmailed by her ex-boyfriend titled ‘I’m Leaking My Ex’s Dirty Messages And Voice Notes Because He’s Left Me No Choice’, went viral on social media.

It even caught the attention of the Rustom actor and she shared the article through her Twitter handle. Not only that, she shared her empathy for the victim of se*ual harassment and opened up about her own experience with it. Ileana wrote with the shared article: “Absolutely despicable piece of crap! so proud of this girl who exposed this swin*! Whoever u r lady #madrespect” 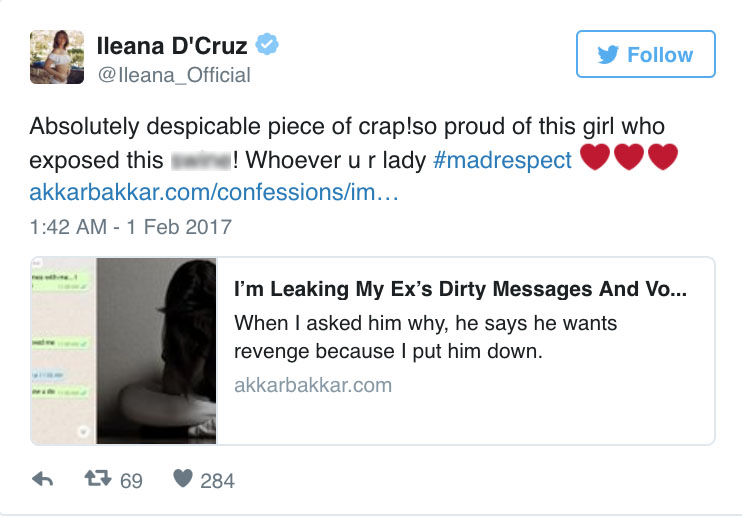 She continued: “Sorry for the rant. This infuriates me. This was the second part to the story. Absolutely no bloo*y excuse for this!” 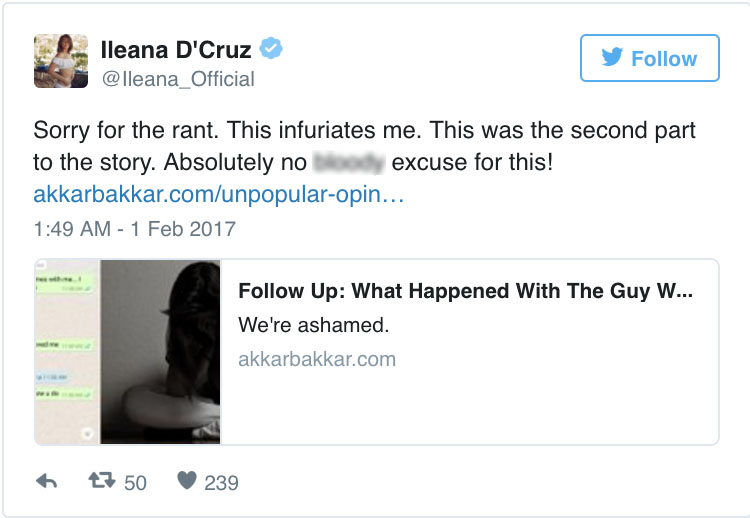 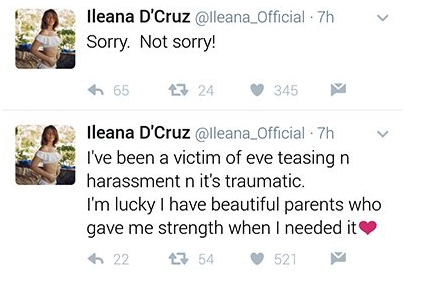 What followed was completely unnecessary and unacceptable. A person with the handle of Jayant007bond, questioned her intentions for posting about eve-teasing late in the night and then another blatantly asked Ileana if she was simply “ho*ny”.
Yes, se*ist troller are back! (Well, actually they never left) 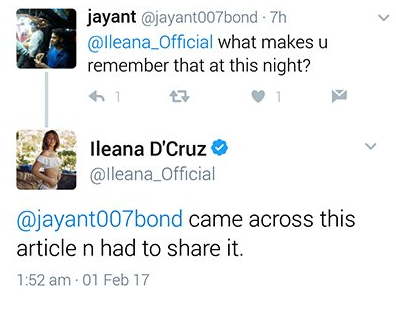 It is quite unnerving to see this especially because earlier when Anurag Kashyap had shared the same article, questioning ‘Why is this man not exposed?’, he received tremendous response from his fans and followers.

It is great that Ileana is a strong voiced woman who shut the trollers up and has always been outspoken. She also stole the headlines for posing n*de as her boyfriend’s muse. 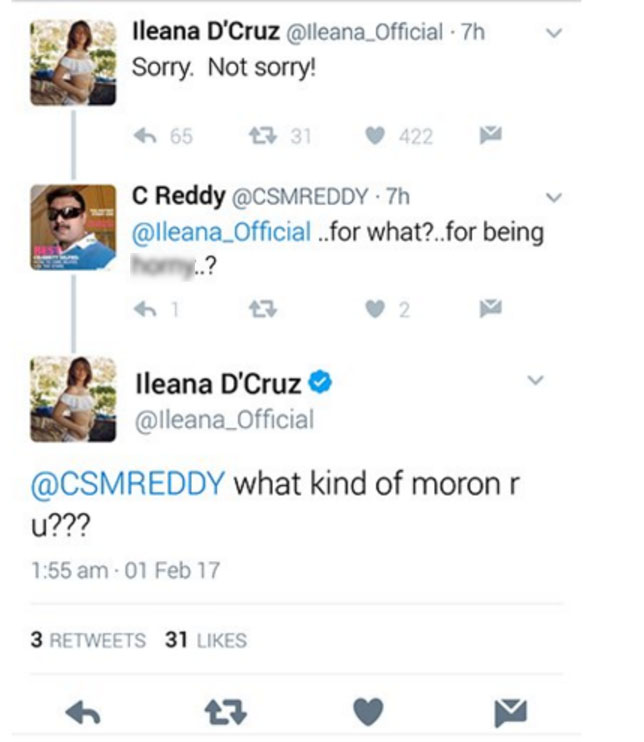