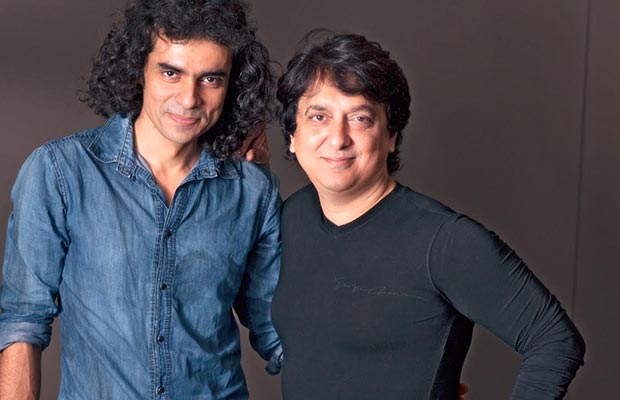 [tps_footer]Producer Sajid Nadiadwala and director Imtiaz Ali, who collaborated on Highway, are happy working together on their second outing Tamasha.

Not only do the lead actors of Tamasha, Deepika Padukone and Ranbir Kapoor, share a perfect chemistry, but the makers of this romantic saga share a warm camaraderie and mutual respect too.

Imtiaz says, “Teaming up with Sajid is like playing A-league cricket. When I’m working with him, I’m spoilt. He makes his directors feel special by giving them complete autonomy. According to me, the best producers in the world are those that are invisible. This is a quality that he possesses. He lets me make my film the way I wish. Even important money-related decisions are sometimes mine. All the while I know that Sajid is there somewhere in the background. He only surfaces if he thinks the situation is beyond me.”

Sajid, on his part, admires Imtiaz‘s brand of cinema.

His banner Nadiadwala Grandson Entertainment Pvt Ltd was proud to come on board for Highway and Tamasha as filmmaking is a passion for both.

He says, “When Imtiaz and I talked about making Tamasha five years ago, we decided it should have these two actors. He also told me that it had to be shot all over the world as that was the script’s requirement. I was excited to collaborate with him on this journey. Shooting a film like this needs a certain preparation and a big budget (smiles)! A big thank you to Siddharth Roy Kapur and UTV Motion Pictures for making this dream come true. The most beautiful part of this journey, is that we were excited about it at the start and have the same level of energies invested in it at the time of its release, which is this Friday.”

The most talked about film of the year brings together the golden pair of Ranbir and Deepika in addition to the pair of Imtiaz and Sajid.

Tamasha being one of the most awaited films of the year showcases the most loved pair Ranbir Kapoor and Deepika Padukone, who were last seen together in 2013, coming together on the silver screen on the 27th of November.

Presented by UTV Motion pictures and Nadiawala Grandson Entertainment, Tamasha is directed by Imtiaz Ali and produced by Sajid Nadiadwala.