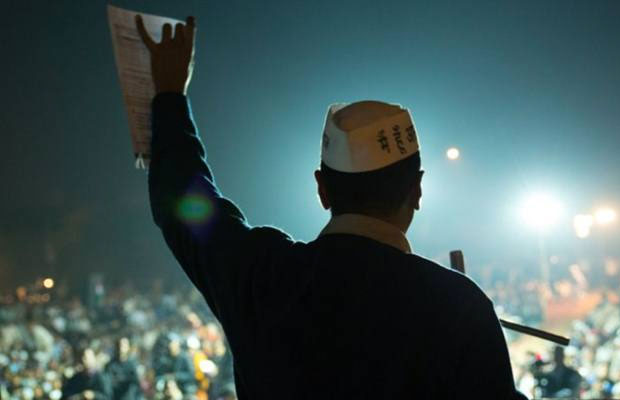 An Insignificant Man Directed by first-time filmmakers Khushboo Ranka and Vinay Shukla, and produced by Anand Gandhi, has been creating ripples worldwide with its unconventional storyline.

The film has been called “a new milestone in documentary cinema”.

A non-fiction political drama chronicling the rise of the Aam Aadmi Party, with nuanced reflection, is the breakout film at the Toronto International Film Festival, this year.

“It’s an extraordinary film”, said the festival artistic director Cameron Bailey. “Taking a rightful place alongside other great modern political documentaries such as The Revolution Will Not Be Televised and The Square, An Insignificant Man is a vivid document of India’s fascinating political process.”

The Canadian social media has been abuzz with tweets and posts celebrating the film. From journalists calling it the “best documentary since the (Oscar-winning classic) Streetfight” to being certain of it being a serious Oscar contender, itself.

Twitter has had people vouching for the film, here’s a look.

@AakankshaT :Go watch this. A riveting doc on the rise of Kejriwal. Incredible behind the scenes access. #TIFF16

@JoshCawston ; I usually never do @TIFF_NET but instead do @mmadnesstiff This year however I got the chance to go and see @aimthemovie I recommend it.

For the first time ever in the history of Indian cinema, a film will show exactly what goes on behind closed doors of a political party.

It sneaks us into the middle of heated arguments, inside jokes, campaign strategies and the true events and ideologies that inform the rhetoric, as we follow the birth of the newest political party in India – the Aam Aadmi Party (AAP).

It has created a stir internationally and its ripples are seen all over!.