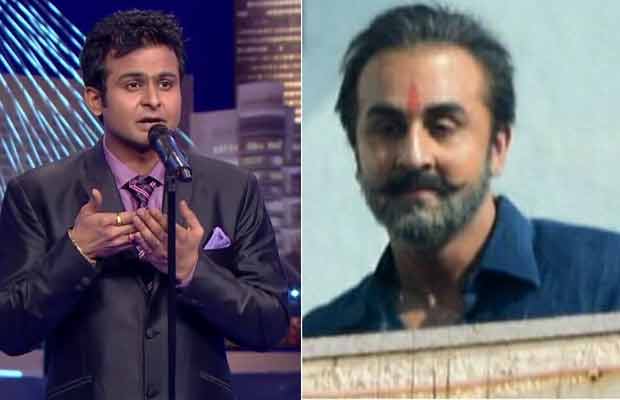 The film is based on the life of actor Sanjay Dutt, with Ranbir Kapoor portraying the role of Sanjay Dutt.

Ranbir Kapoor has worked hard to perfect his role for Sanjay Dutt‘s biopic – and the results are seemingly great! Apart from inputs by Sanju baba himself, Ranbir also approached stand-up comedian and internet sensation, Dr.Sanket Bhosale.

Sanket is pretty famous for effortlessly mimicking several Bollywood stars including Sanjay Dutt, Salman Khan, Farhan Akhtar, Kailash Kher and Sonu Nigam among others. Ranbir Kapoor reportedly spent a lot of time with Sanket Bhosale and discussed Sanju, his style of walking and talking. The actor was fascinated by Sanket’s impersonation, and often refers to his videos to learn more.

Sanket is an actor,comedian,mimicry artist and also a doctor! So much talent.

We are sure Ranbir has done complete justice to the role and can’t wait for the movie to release.

Recently, pictures of Ranbir Kapoor’s look from the movie were also leaked and we must say, he looks quite similar to Sanjay Dutt.