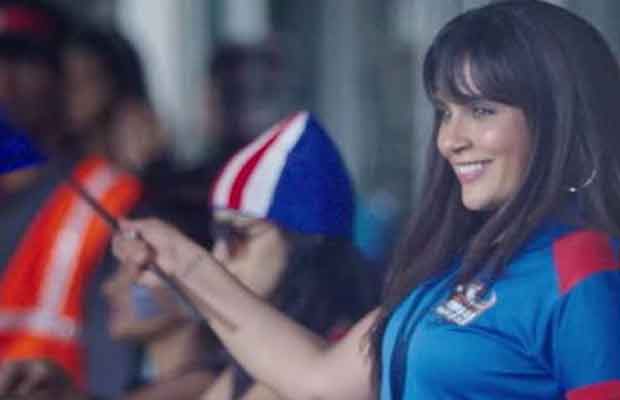 Bollywood actress Richa Chadha is one of the finest actors India has seen. From Fukrey to Gangs of Wasseypur to Ramleela or Masaan, Richa has always delivered extra ordinary performance. The powerful lady is back again with another intense role but this time for a first original web content. Farhan Akhtar’s debut web series, Inside Edge, set against the backdrop of league cricket, see Richa Chadha playing an actor-franchise owner.

In an exclusive interview with Business Of Cinema.com, Richa Chadha spoke about being a part of something new, working with Vivek Oberoi and much more.

I am really very excited. I am not only excited for myself but am excited that this will change cinema, how entertainment is consuming. Like we have more options to watch and our own content instead of watching American shows, Hindi daily soaps. Right now there is nothing in the middle, either you can watch this (daily soaps) or that (American shows). This is why am excited about Inside Edge being the first original content

On if original digital content slowly taking over TV and other traditional mediums?

I think it’s too early to say that because TV has been here more times than cinema. There won’t be a shift too early, it will take time. But it’s true, digital is growing. People are releasing single on YouTube. Inside Edge is a show produced by Amazon and for Amazon and you know how large their subscription is. That’s how it works.

On audience’ rave reaction to the intense trailer and her strong character.

I am really excited and loving the reactions..its new, its something that you don’t normally see in the shows where characters are normally talking in English or even having a regular dialogue. There are no typical dialogues, which you usually see. I am happy that something new is happening and this will help and give options to the common audience

On picking only intense characters?

Roles are not just as role plays. They are complex and there’s so much to do. In Inside Edge, it’s a tough character. It’s a very interesting character to play.

I love doing comedy but somehow am getting only intense roles. I love doing romantic as well as all kind of roles

It is easy to come up with original content only because there are no limitations or Censorship issues?

Of course, it helps that there is no censorship but that’s not the only reason why it is being made on digital. It is tapping the audience who are watching daily soaps with no option. Its like we have to watch the daily soaps or we have to watch foreign content. This is for the first time that is done only for the India that is exciting.

On working wth entire team of Inside Edge

Obviously very different working with someone as experienced as Vivek Oberoi. He is a very good actor but also very helpful and very technically sound actor. It was great fun working wth each of them. There are lots of scenes with some actors that I have seen for the first time. There’s a guy called Bhatia, he is also in the Tubelight trailer also. He is very good

3 Storeys is coming out on 25th August, again with excel. It’s a beautiful film…i have a very smallish role but then its divided into 3 Storeys. Its like 3 Storey in a Chawl. Each Storey has a new story. That’s the film about.

You know the thing is there’s lots of unemployment in the country. So some people need a job, so they get hired as trolls. So they do that only. Abh kisike pet pe kya laat maarna, yehi karke they are earning let them. It doesn’t make a difference. How do trolls affect your and my life? They make disgusting things and show from where they come by talking badly about others. I don’t pay any attention to them. Trolls are irrelevant and losers.