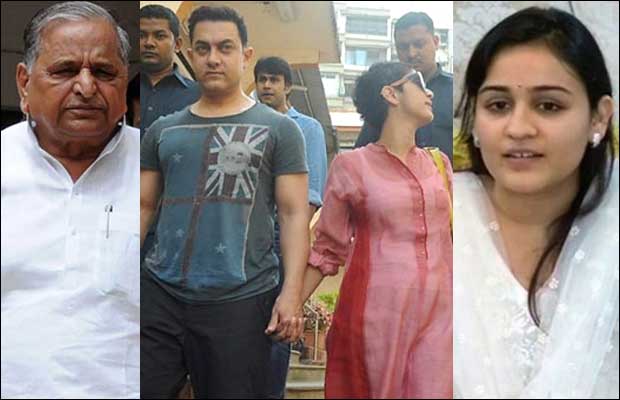 [tps_footer] Aamir Khan is in a great mess after the intolerance comment. The actor, who commented on the growing disquiet in the nation, is still clarifying his stance after the uproar from the masses and the personalities. Aamir Khan on a public platform had opined that his wife Kiran Rao had suggested that they leave the country as she is scared for her children. Just after Aamir made the comment, he faced loads of flak for the opinion. Some even blamed him for being anti-national.

However, yesterday after all the hassles, the Dangal star Aamir came out in the open and suggested his clarification on the matter. The perfectionist put forth a long explanation and also added that he stands by what he said and he and wife Kiran do not intend to leave the country. Actors Anupam Kher and Raveena Tandon also expressed their displeasure on Aamir’s comment. The intolerance debate was started by Shah Rukh Khan and was carried forward by Aamir Khan.

Well, seems like the complications are not going to end so soon. Samajwadi Party leader Mulayam Singh Yadav’s daughter in law Aparna has now expressed her opinion on the matter. Aparna is surely not happy with Aamir Khan ’s comments on the country, Aparna took to the social networking site Facebook and micro blogging site Twitter and confessed the same saying, “Yeh satyapit ho gaya hai ki Aamir Khan sirf abhineta hai, jo ki Rang Dey Basanti aur Mangal Pandey jaise deshbhakton key kirdar nibhane key bawjood apni patni ko deshprem na samjha paye. Hamari galti hai ki aapse itni badi apeksha kari (It has been proved that Aamir is just an actor. He played roles of patriots in his films Rang De Basanti and Mangal Pandey, but failed to make his wife understand about the love for country. It is our mistake that we had such high expectations from him).”

Referring to the same, Mulayam Singh Yadav shared, “Everyone has a right to voice their opinion.” The leader further added, “government should talk to the actor” to understand what he is feeling”.