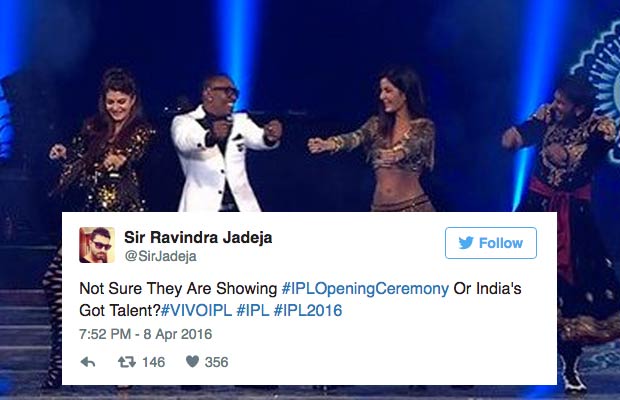 However, their performances didn’t meet audiences and fans expectation and received criticism on social media. IPL opening ceremonies in the past have always been worth watching but this year we saw less enthusiasm among the audiences who attended the grand event last evening.

We actually witnessed team members, audiences and rest people engrossed in their cell phones or sleeping rather than enjoying the dance performances. Well, Ranveer Singh‘s energetic dance performance was the only highlight of the event. We can say he actually save the opening ceremony of the much-awaited cricket series. Also, DJ Bravo‘s performance on Champions songs got little interest among the audiences.

Though Katrina Kaif’s performance wasn’t that happening but her hot belly dance on the tunes of Major Lazer left everyone amazed. The actress got the crowd off their seats with her amazing dance performance on the stage joined by Ranveer Singh, Jacqueline Fernandez, and Yo Yo Honey Singh.

Well, the entire event was more than an average, which didn’t amazed fans. Tweeteratis took no time to slam IPL ceremony with their hilarious tweets.

Here are some of the tweets that will leave you in laughter! 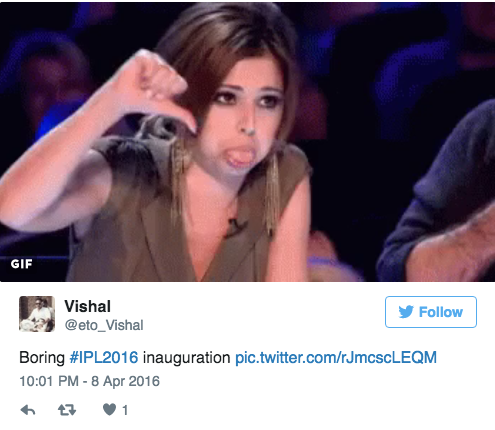 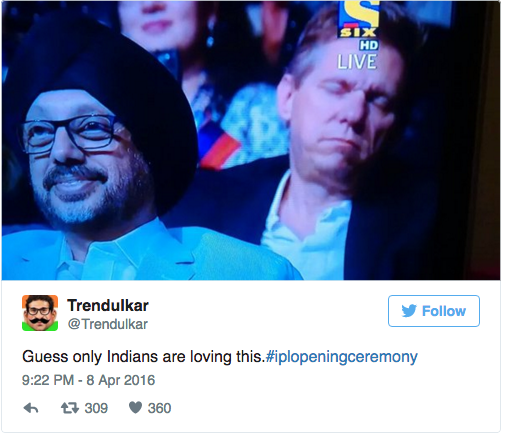 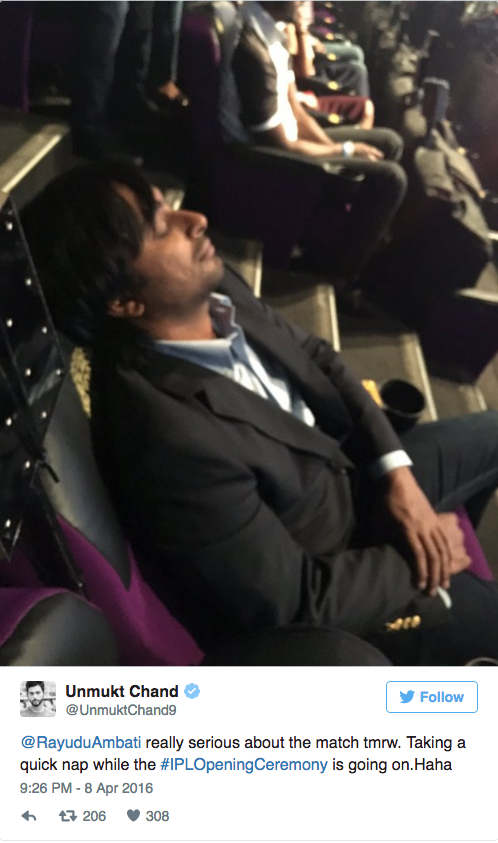 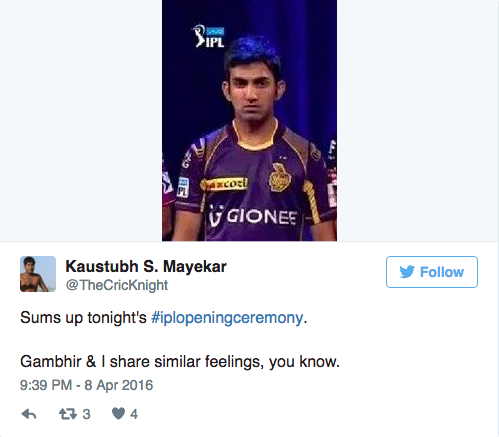