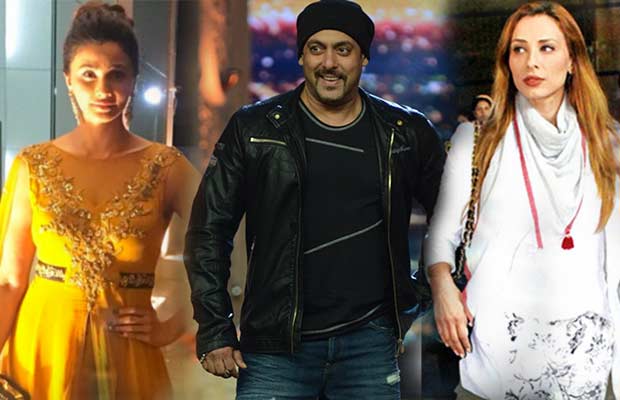 [tps_footer]Is seems Bollywood actor Salman Khan is trapped between the two ladies of his life. Yes, the Bajrangi Bhaijaan star is suffering because of the fight between Daisy Shah and Iulia Vantur. As we all know, Salman and Iulia once had a fight due to Salman’s closeness with his Jai Ho co-star and close friend Daisy Shah. In fact, when Salman paid no heed to Iulia’s complaints, the Romanian beauty turned out to Daisy directly, which created a major showdown between the two.

As earlier we reported, apparently Iulia Vantur does not want Salman to be friends with Daisy Shah but we all know that Bajrangi Bhaijaan does not pay a heed to anyone’s complaints. During an interview, When asked about her issue with Iulia, Daisy laughed it off saying :“No there is nothing as such. Media is just creating rubbish news out of nowhere”.

But somewhere it seems Daisy Shah cannot stand Iulia as she even added later saying that she isn’t a friend of Iulia and that it doesn’t matter for her if she (Iulia) is there or no. Nevertheless, the Jai Ho actress has kept her friendship intact with Salman.

Yesterday, Salman Khan had organized Eid party at his house where who’s who of the B-town including his close friend Daisy Shah was present. While the entire Khan family and other B-town stars were present, Salman Khan’s alleged girlfriend Iulia Vantur gave it a miss. Was Daisy Shah the reason why Iulia avoided being a part of the Khan family’s Eid celebration party? Well, we never know!

What do you think about it? Will the catfight between the two ladies end?[/tps_footer]