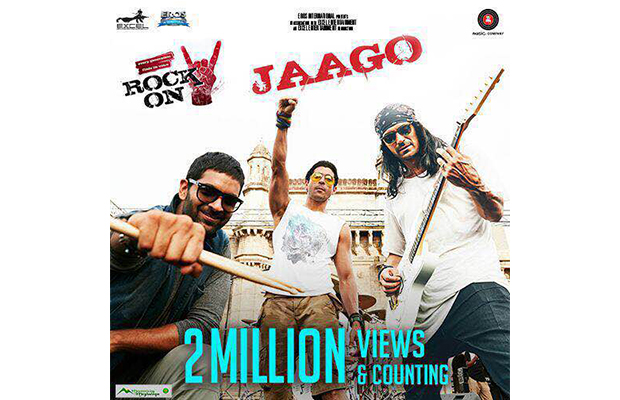 Wow!! Jaago, the first track from Rock On !! 2 which was released yesterday has already crossed 2 million views already and is soon going to reach 3 million.

The song has been loved by all and gives out a very powerful message. The song talks about standing up for your rights and women empowerment. The track hits all the right notes. Farhan Akhtar is singing Jaago at a concert and the scenes themselves are pulsating with energy.

The music is vibrant and you can feel the adrenaline flowing through the screen as the rock track plays out in the voices of Farhan and Siddharth Mahadevan,

Magik! the band which has reunited and has given their fans the very first track ‘Jaago‘ showcases Farhan zip lining through the concert and being carried around on an inflatable raft, Which has been shot against an iconic Mumbai landmark, this is the stuff that goes straight to the audience’s favorite playlist.

Certainly cannot wait for the next content to be released from the film.