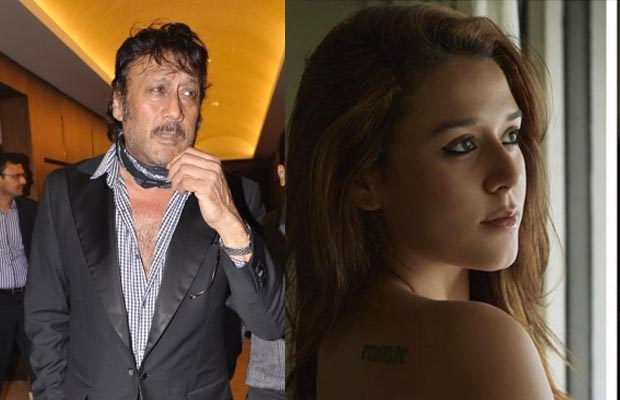 [tps_footer]Jackie Shroff is one confident dad one must say. The bindaas actor who is always witty and daring in his views and opinions has yet again stood by his daughter’s side on the stance of her revealing photos on the photo sharing app Instagram. Jackie’s daughter Krishna made it to the headlines after she posted her almost revealing photos on the app; the star kid was surely gutsy and garnered all the attention for the same.

Krishna’s photos were also labeled as nu** by many, but Jackie defended her and said that the pictures were not nu** by any means and that media needs to be clear on what they say.

Having said the same, the doting dad Jackie Shroff has once again come out in support of daughter Krishna. The mind blowing star said, “She is teaching basketball to girls, she is a coach right now. That’s what she has been doing now and before she was teaching kindergarten kids. She is cool. She has a friend who is a photographer and they keep experimenting with different photographs. And people go ballistic. But they don’t write about how she is training little girls to play basketball.”

Other than Krishna, Jackie Shroff ’s son Tiger Shroff is also making rounds with his promising talent. The newbie made his debut with the film ‘Heropanti’ and is now already working for his next film ‘Flying Jatt’. After receiving positive reviews for his talent, Tiger is also gaining fame for his well-toned physique and top notch dancing skills.

Free minded father Jackie Shroff went on to confess that, “My input in his career is not there. I have raised him well. I don’t tell him about his career. I never told him about his studies in school. I know he is a balanced boy. He is a disciplined sportsperson. It is more than enough for me. I don’t like to impose myself on him.”

Well must say, Jackie Shroff is one bindaas bhidu when it comes to parenting too. Kudos!