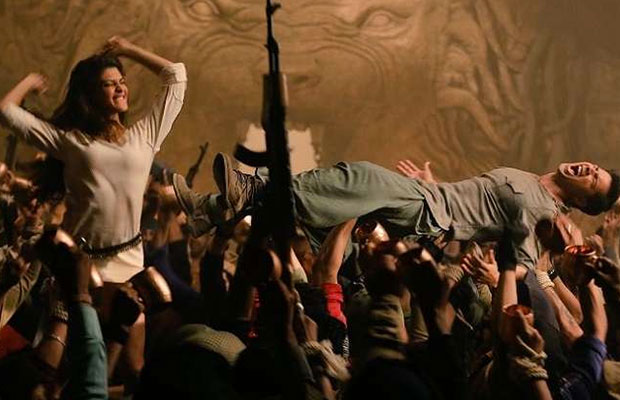 It has become the new entrant, topping all Chartbusters list.

Jacqueline Feranandez‘s song has tracked extremely well and has been receiving a raving response since its release.

She has a track record of delivering songs which have gone on to become all time favorites.

The actress has a slew of hit songs to her credit. Right from Chittiyaa Kalaiya, sooraj dooba hai, jum me ki raat, Party on my mind, all her songs have gone on to become Chartbusters.

The actress continues her golden run of hit songs, with the most recent one being, Sau Tarah Ke from her upcoming film Dishoom which releases on 29th July.

Her killer moves even in Sau Tarah Ke have surely burnt the dance floor and she has been receiving praises from all quarters for it.

Jacqueline Feranandez has the maximum hit songs to her credit among her contemporaries.

The actress is surely one of the best dancer’s B-Town possesses.

Right from the time the song featured in the trailer, the song created anticipation and caught on to people.

Jacqueline Feranandez‘s Sau Tarah ke is all that a party number qualifies to be.

When contacted Jacqueline, she smiles and shares, “I am humbled by the response the song is receiving.. It’s a great feeling and I am overwhelmed to know that the song has become such a huge hit in such a short span”

Dishoom is directed by Rohit Dhawan and is all set to hit the silver screen on 29th July.