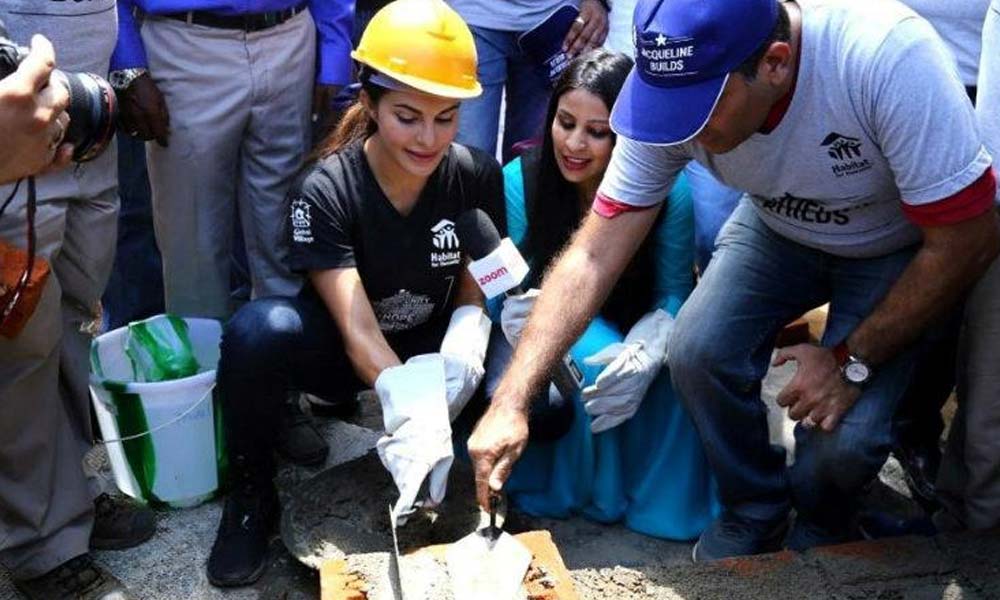 Actress Jacqueline Fernandez appeals to people to help rebuild Kerala and in order to get the state back post the floods.

Jacqueline Fernandez will travel to flood-affected areas in Kerala to volunteer to build homes with NGO Habitat for Humanity India.

Jacqueline Fernandez has been an active voice when it comes to social issues. The actress who has advocated many causes like marine conservation and animal welfare is currently striving to rebuild Kerala after the unfortunate floods hit the state.

The actor will be visiting the areas such as Thuruth and Naduvannur. During her visit, Jacqueline plans to interact with the affected families.

The Habitat for Humanity India, an NGO, plans to build or repair 6,000 homes of those affected by the deluge in Kerala. Under this campaign, Jacqueline Fernandez had visited the flood-affected areas in Kerala. Earlier, in the first phase of the relief work, Jacqueline appealed to her fans and her industry colleagues to provide first Responders’ Kit, a humanitarian aid kit and bottled drinking water to 93,889 families.

Meanwhile, she is involved in helping the relief work team mobilize funds of over Rs 50 lakh by encouraging individual donors. From her end, she is trying to be completely involved in the entire process.

Even other celebrities like Hrithik Roshan have joined hands, following the actress to support and rebuild the affected state.

Jacqueline Fernandez also represented the voice of animal welfare at the UN on the world animal day as she took 8 million petition signatures voicing her opinion against animal testing. Recently, the actress also addressed the One Young World Event in Hague as she expressed her thoughts about sexual harassment.