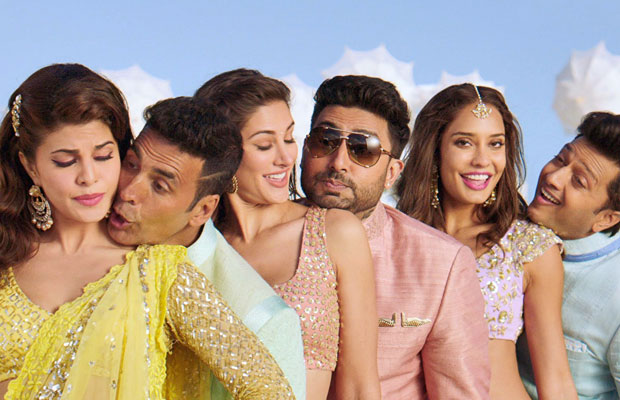 [tps_footer]Jacqueline Fernandez has been having a busy quarter with three back to back releases, Housefull 3, Dishoom and Flying Jatt.

The actress who has been a part of Housefull 3 since the beginning of the franchise is not in town has been basking in the success of the movie.

Jacqueline and Akshay‘s Housefull 3 has cruised to a whopping collection of over 100 crores.

Soon after the promotions of Housefull 3 were attended to, Jacqueline flew to Miami to begin filming for her next project.

Since the release of the movie, Congratulations are pouring in for Jacqueline from all quarters.

The actress’s Hindi English lingo jokes have tracked immensely as people have been cracking up on her comic timing.

Jacqueline has been inundated with appreciation calls, messages and letters from Fans who have been writing to her since the release of Housefull 3.

Jacqueline says, “Comedy is one of the toughest genres. It is so essential to get the timing right, failing which the humour can fall flat. It’s a great feeling when your work is appreciated. I am overwhelmed with the love I have been receiving.”

Jacqueline is on a work spree with an exciting line up of projects like Dishoom with John Abraham and Varun Dhawan, Flying Jatt opposite Tiger Shroff and her untitled next with Sidharth Malhotra.[/tps_footer]