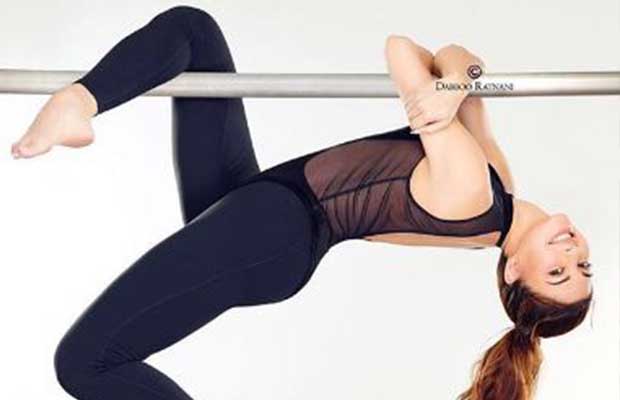 Actress Jacqueline Fernandez is all set to mesmerize her fans with her performance and dance moves in her upcoming film Race 3.

Jacqueline Fernandez who is known for her chartbuster songs has a good news for her fans.

The dazzling diva will be seen sizzling in 4 songs for the upcoming action entertainer Race 3.

The actress has already received a thumbs up for her sensuous dance moves and pole dance sequence in ‘Heeriye’.

Director Remo D Souza was recently quoted saying,” Jacqueline is a very hardworking girl. It is amazing to see what she has accomplished with the pole dance form in such a short span of time. We have all seen glimpses of her pole dance skills. Hence, we decided to include it in ‘Race 3’ and take it to the next level.”

The party number which has got everyone grooving to its peppy tunes showcased the crackling chemistry of the lead couple Salman Khan and Jacqueline Fernandez.

The actress was also appreciated for her impeccable dance moves in ‘Allah Duhai Hai’.

Jacqueline Fernandez has always been hailed for her scintillating dance moves and performances in her films.

Apart from her dance performances, Jacqueline Fernandez will also be seen doing some high octane action scenes in the film, for which the actress underwent training for months before shooting.

On the work front, Jacqueline Fernandez is currently gearing up for the release of Race 3 which will mark her second Eid release after Kick.