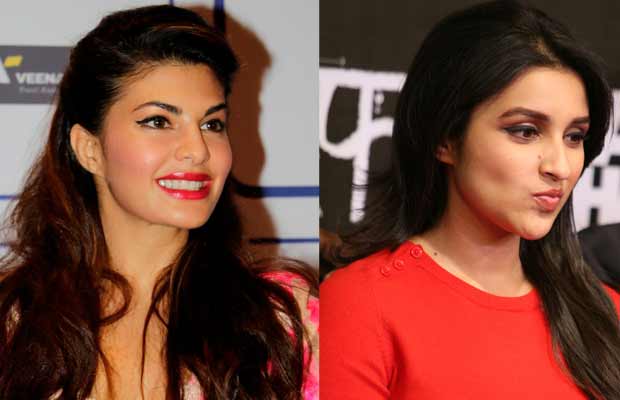 Apparently, Jacqueline Fernandez has refused to play the second fiddle to Parineeti Chopra in the film Namastey Canada!

The Bollywood actress Jacqueline Fernandez is currently in a good phase of her career. She has multiple films in her kitty. And is working with big and successful stars like Salman Khan and Sidharth Malhotra. And probably that is why the actress is choosing her next films very carefully.

‘Namastey Canada’, which stars Arjun Kapoor and Parineeti Chopra need one more leading lady. Apparently, Jacqueline was approached to play the part. But according to the reports, the actress has turned down the offer and it is probably because she does not want to work with Parineeti.

A source has been quoted by Mid Day saying, ”Jacqueline is doing some big films with top stars, including A Gentleman with Sidharth Malhotra, Judwaa 2 with Varun Dhawan, Drive with Sushant Singh Rajput and director Remo D’Souza’s untitled next with Salman Khan. She didn’t want to play a role subordinate to Parineeti. Jackie’s market price is also more than Pari’s. Why would she do Namastey Canada?”

However, the same report quotes the filmmaker Vipul Shah denying the reports of approaching Jacky for the role. He says, ”I don’t know where you have heard this from. I have not met anybody for the role.”

‘Namastey Canada’ was earlier titled ‘Namastey England’ and was supposed to star Akshay Kumar and Sonakshi Sinha. But the two opted out of the film. Also, since Khiladi Kumar has the IP rights along with Vipul Shah, he asked the filmmaker to change the title of the film.

When Akshay and Sonakshi were onboard for the film, it was the model Aisha Buzz who was to play the second fiddle. But after the new cast, Arjun and Parineeti came into the picture, Jacqueline was considered for the role, which she has apparently turned down!